Review: Josh Glanc: Glance You For Having Me 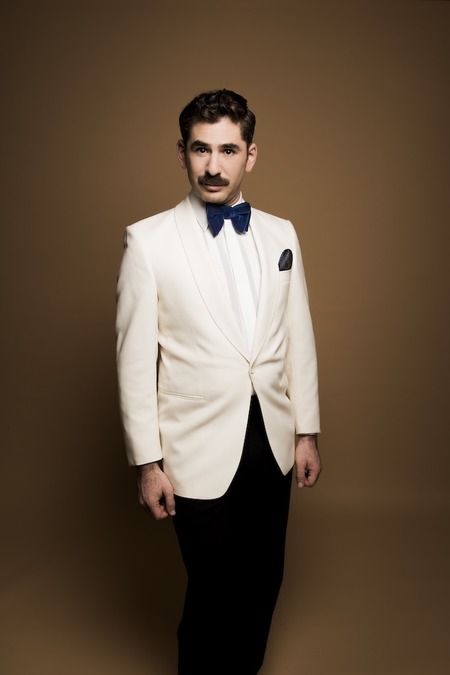 With his bushy moustache and sparkling white John Travolta suit you’d be forgiven for thinking you’d stumbled in on the evening’s entertainment for SAGA holidays. But it’s all sported in the best possible irony and despite Josh Glanc being a fine crooner there are further depths to this hirsuted Australian; deep within there’s the heart of a random comedian trying to get out.

In the main the show is simple, very silly and a lot of fun. Glanc’s raided the charity shops once more and brought plenty of props with him, from fake bunches of flowers to surprise snakes. There are plenty of daft sound effects employed too: cats making love anyone? And plenty of easy laughter ensues from the unexpected appearances of both devices throughout the show.

But this year it turns out Glanc is suffering something of a mother issue. Despite his move from Melbourne to London she looms large in his life and this show. Not least because he’s fashioned an effigy of her from papier mache.

Events get most interesting here when they take a turn for the dark. As his parental separation anxiety increases down go his trousers, and early in the show there’s a blink and you’ll miss it gag with a star of David – as he points out he’s allowed, he is Jewish.

Overall, Glanc spends a touch too long on the almost straight cabaret singing and not enough indulging the darkly surreal comedian but one thing is for sure you’ll have a great time regardless.