Joyous, if fitful, performance of self-centredness and attention-seeking 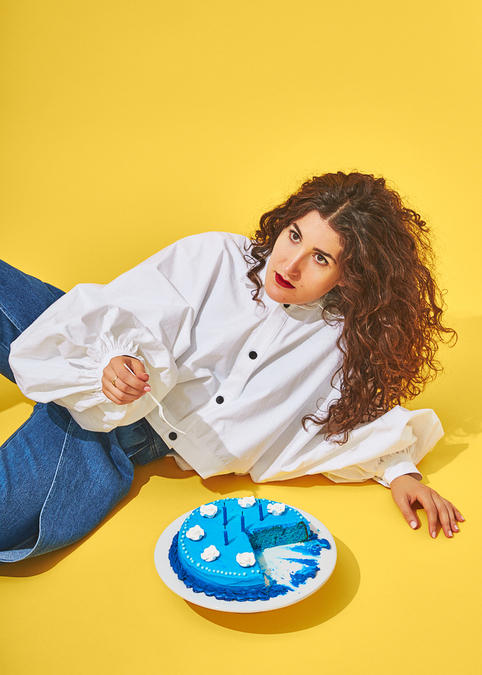 Arriving at the Fringe laden with rave reviews from her native United States, Kate Berlant's debut hour is certainly something to behold. She breathlessly explodes onto the stage, all Californian excess and self-regard. She embodies the arrogant pomposity of this narcissistic era, where supposed concern for others is in fact nothing other than attention-seeking egotism. She's pretentiously poetic, and flits between topics in the manner of someone who believes everyone else should be fascinated by whatever she decides is of interest. The coherence of the character is a joy, and Berlant knows how to hammer home a gag.

Much of the show riffs on audience interaction, as she insists she is psychic. A list of predetermined subjects is used to elicit responses from the punters, but most of these have no relation to people in the room. A joke about being able to guess people's names is funny the first few times, but when it's still being used half an hour later it's starting to get weary. And the character's self-centredness means she has scant interest in finding out about those who speak up, so there's little meat to be played with. As we're about to get somewhere, her skittish demeanour sends us down another path, so the show never fully coalesces.

To be sure, there's an energy and consistency here that's joyous. When Berlant hits her groove you're witnessing some of the best comedy out there. But a more solid structure would help the momentum build rather than, as now, it feeling like she's forever on the verge of hitting her peak.