A fun night out in more ways that one 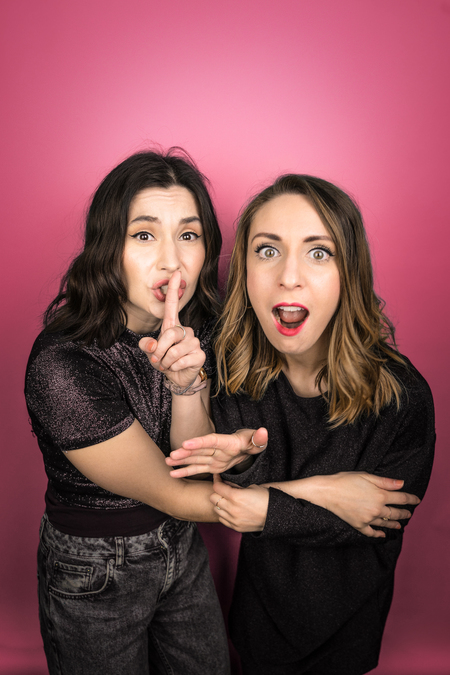 Where some sketch shows seem unfocussed because there’s no theme tying all the skits together, Ladylikes’ commitment to their topic is unwavering. Their spirited show concerns the horrors of parties and other social events, finding humour in the restrictive niceties imposed upon what are supposed to be fun times. There’s a surprisingly sweet primary school leavers’ disco that elicits sympathetic coos from the audience, an inappropriately socially-aware children’s party entertainer, and a post-apocalyptic new year’s eve gathering. All of these take simple ideas and extrapolate their internal logic nicely, even if in some places some editing could make them sharper and more efficient.

They evidence considerable skill in constructing character assiduously, and their energetic performances capture the tensions in many social interactions. It’s in tying it all together that disruptions to the comic flow occur, with their between-scene set-ups a bit forced and functional.

But there’s lots to admire here, with two aspects that signal real potential. First, there’s a subtle but powerful gender perspective in many sketches, with the comedy arising from exploration of the restrictive conventions placed upon women in social situations. Second, they show real flair and bite in their musical numbers, as shown by their opening which reworks Ke$ha’s ‘Tik Tok’ as a summary of the horrors of forced gaiety. All this comes together in a song recounting young women’s fears of getting home after a night out, with creepy taxi drivers and scary bus journeys. There’s an interplay of theme and humour that’s seamless here.