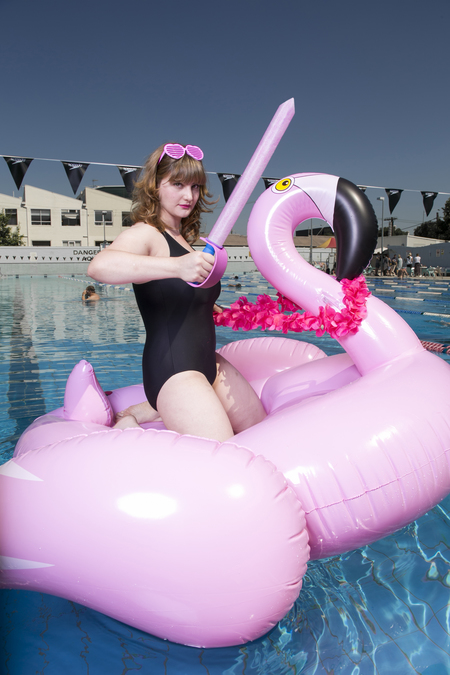 When this outlandish Australian first performed in Edinburgh, she was booked into one of Underbelly's lifeless, repurposed university venues. This year, we find her on the top deck of a stationary bus – the space and its pay-what-you-want business model proving a far more sympathetic fit for the comic. Better Dead than a Coward isn't for everyone, but the sort of people who might enjoy it are those who would be inclined to take a chance on something indescribable in a weird confined space.

It's futile attempting to sum up this show. In a sense, it's an account of a journey Davis—a long time fan of affordable public transport—recently took on a real, functioning bus. We learn that the trip was interrupted by a children's climate change protest and that this led to her having an epiphany. But we also find out about all kinds of seemingly inconsequential bullshit relating to our host's lifestyle and interests. It's great fun.

In comparison to some other comics, Davis's eccentricities come off as truly genuine. She's unashamedly odd and inventive, but in full control of her craft. What she presents us with here is a an ingeniously constructed shaggy dog story which, for all its playful nonsense, will be best remembered for its unexpected moments of emotional clarity.