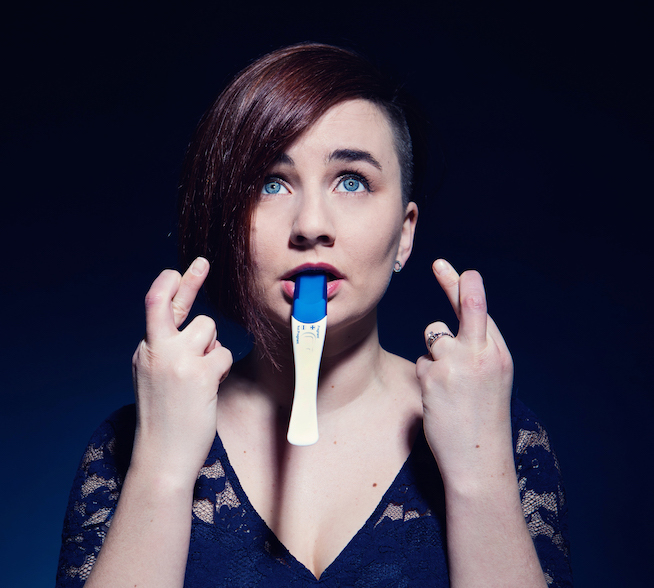 The word ‘likeable’ is probably overused when describing Laura Lexx, particularly with all that alluring alliteration going on, but likeability shouldn’t be taken lightly. The Brighton-based comic is well known as a consummate compere, and that ease with audiences proves particularly useful for the new hour. Because this is where Lexx goes dark. “This show goes round corners,” she says, after one strikingly sharp tonal shift.

Since her last Fringe run two years ago, Lexx’s life has been derailed by depression and crippling anxiety. That isn’t a unique Fringe-show theme, but her honesty and the actual circumstances that led to those issues make for compelling viewing: things suddenly went awry after several months of unsuccessfully trying to have a child, which led to a sudden but enduring panic about the world she hoped to bring new life into.

Lexx is not a comic who would subject an audience to lengthy tales of angst without lightening the load, however, and that dark theme also proves a handy Trojan horse for unexpected punchlines: there are some stupendous gags lurking furtively around those corners. Indeed at times this almost becomes a sort of clinical-depression cabaret, as she prances bare-footed around the stage, clearly revelling in the curious freedom such a platform can give.

She provides that platform, really. This is another skilfully-constructed hour from an underrated performer, warming the room with an upbeat memory early on, mixing serious points with potent jokes, then paying off that original set up with a more recent, and hopeful, recollection. It’s a joy to have her back.