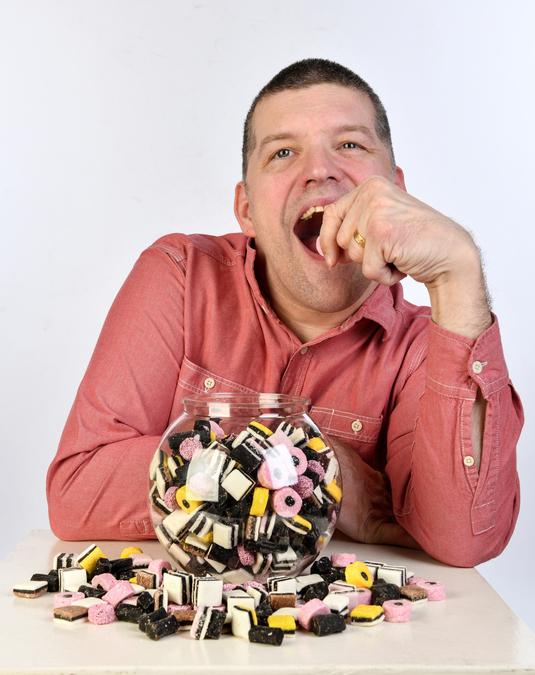 There’s a moment in Laurence Clark’s terrific new show that may be the most shocking thing you hear all Fringe; a vindictively violent school incident he manages to recount in a remarkably matter-of-fact fashion. But then Clark is a hardy soul, and his kids are clearly made of strong stuff too. The two boys figure so prominently here, in fact, that they arguably outshine their popular parent. Can you be nominated for Best Newcomer if you only appear via video clips?

Clark has developed a winning formula for these shows, mixing video and big-screen visual gags with his own anecdotes, then a grand physical finale. This year his theme packs a huge emotional punch too. An Irresponsible Father’s Guide to Parenting introduces a subject few of us will know much about: raising kids when a parent has cerebral palsy.

Both parents do in this case, and some of the public responses to their daily endeavours are not as supportive as one might hope. Far from it. Much of this show involves Clark screening ignorant social media comments—the family having starred in a BBC documentary—which his two boys then tackle on tape.

Those on-screen comments are slightly odd, in truth—the avatars were presumably added by Clark and co afterwards, which makes them look a bit false—but the bewildering sentiments are all-too real. And yet he retains a laudable sense of humour, and forgiveness, throughout. By that extravagant finale you’ll be clapping, singing, laughing, cheering. Who knows? Maybe even bawling like a baby.