A filthy and funny hour of London Hughes's sexual adventures 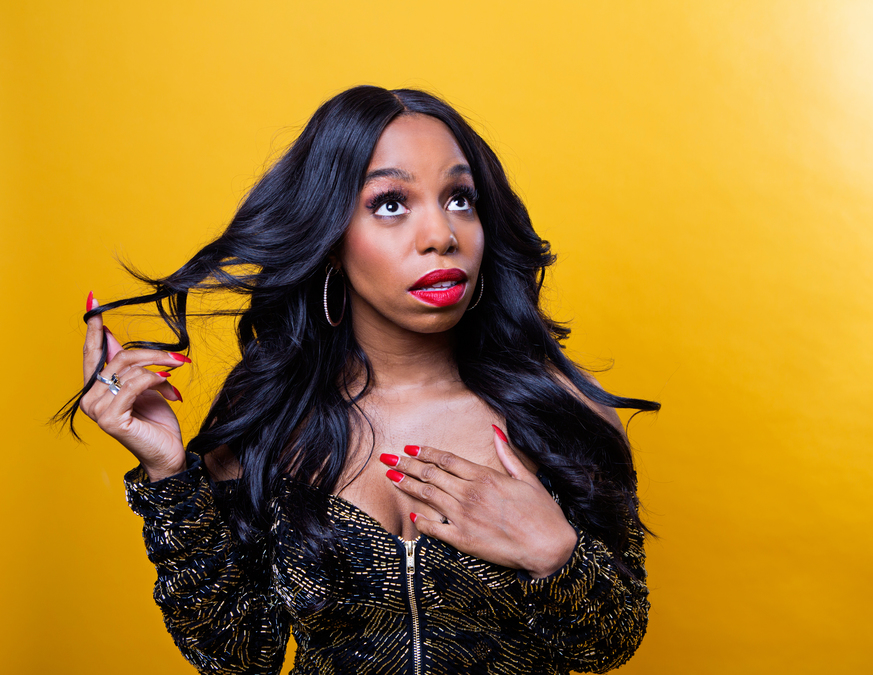 London Hughes is hitting her 30s, and getting pressured by her family to find a man and settle down. She’s reluctant. As a riposte this show recounts her sexual history, in all its bawdy glory. Filthy, frank and consistently hilarious, it’s an hour that transcends what in lesser hands would be boringly prurient and instead becomes a celebration of female sexual desire.

She’s an energetic and captivating performer. She works the crowd excellently, drawing out audience participation in an inclusive manner despite the risqué nature of the subject matter. A whirligig of energy, she dominates the stage, evidencing considerable skill in physical clowning. And what might appear to be humour relying heavily on shock is instead more carefully honed than that.

Bubbling under the surface are pointed barbs about race, gender, contemporary sexual mores, and the expectations placed upon women. She rails against the double standards which mean that while male comedians are often understood as sexy, when women are comparably confident and funny they are seen as threatening. And in detailing her bedroom experiences with white men, she highlights aspects of privilege typically invisible to those with power.

What’s impressive here is how all of this sits comfortably with what is predominantly a whip-smart, breakneck, vital barrage of gag after gag. The atmosphere in the room resembles a party, with Hughes our bewitching host. She’s already a recurring presence on TV, and this fine hour suggests we’ll be hearing much more from her.