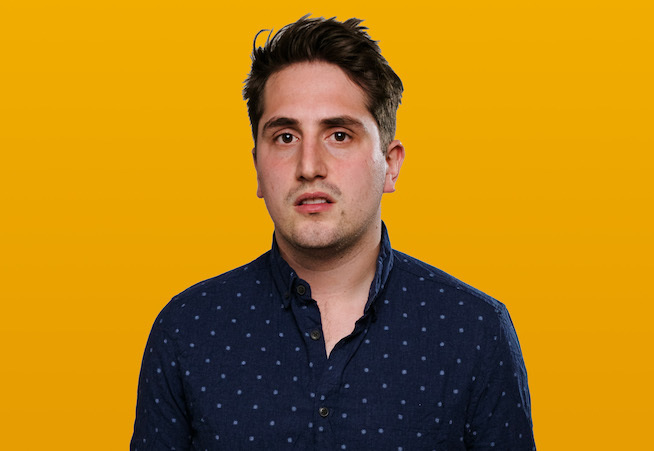 Standing, as ever, to the side and forcibly removed from the comedy industry, Luke McQueen's latest hour is a typically self-debasing, mischievous attempt to test some boundaries. Commissioned to develop his own late night show by BBC Three, the corporation subsequently thought better of taking it any further. So he's conceived his own chatshow format, The Person Behind The Comedian, in which he puts his fellow comics on the spot.

After preparing with sub-Stuart Goldsmith levels of research, he's thrown on the day I catch it with his interviewee, Sanderson Jones, turning up late. Leaving Gareth Richards to field questions aimed at another comic, it hardly impacted upon a semi-scripted show that also featured Ben Partridge, Sooz Kempner and Mark Silcox, whose low-key, anti-comedy style seems to baffle even McQueen.

Supplemented by some spoof would-be viral videos of McQueen making a nuisance of himself in public, they make you wish the BBC had taken a punt, while fully comprehending why they didn't. Monster is a loose, cheap curate's egg of hits and misses. Partridge being deliberately provocative seemed to bring out the best in everyone. And the host's interaction with Kempner as his musical guest is a delight, initially played straight, then for the darkest of laughs.