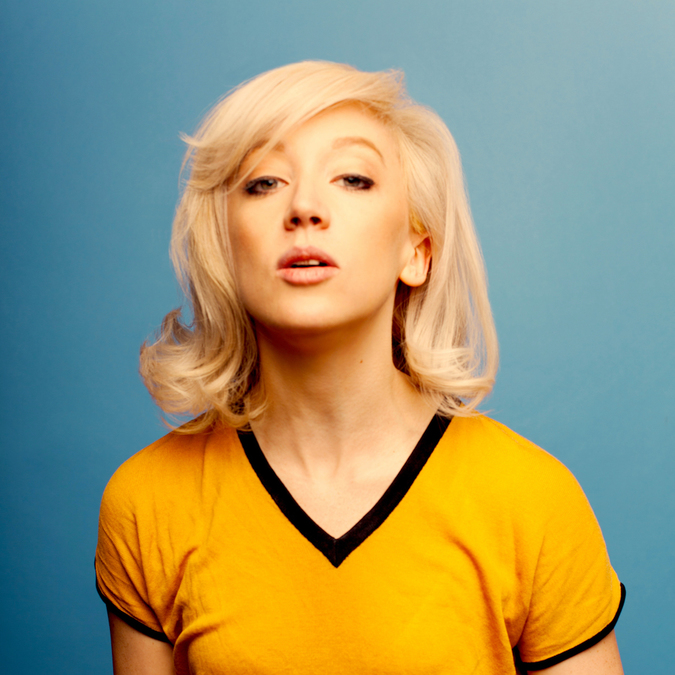 There's been a rumour going round Edinburgh of a show on the Free Fringe that's so strange—or sorry—that the performer forgoes a bucket and instead cups her hands for donations as the audience leave. But as the American comedian Mary Houlihan has worked on shows of the calibre of Adult Swim and Funny or Die, we have to ask if Me & Jack has been made that way with the joke being on us?

It seems word on the street is misinformed. Her room is shaped like a corridor, her tech is swigging from a tin and her show relies on the disembodied projection of Jack Nicholson's head, which unfortunately is being beamed onto a wall obscured for most of the audience. All of which points towards an off-the-radar Fringe show rather than a comedian playing some meta game of anti-comedy. And she even has a jug for donations now.

There's nothing sorry about this show either. Houlihan is a sharp writer who plays her flights of fancy and fictionalised autobiography straight. It's daft, surreal, delightful. Today, she's hampered by the timing of her recorded dialogue with 'Jack', which leaves stilted pauses. But this is a comedian Edinburgh must hope to see a lot more of: there's more originality than quirk here.