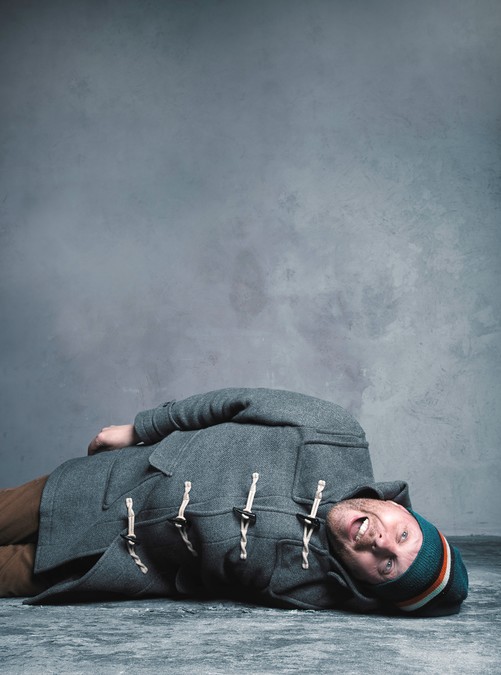 Michael Legge is an angry man. In his new hour of standup, the London-based, Northern Ireland-born 50-year-old rants and rails at anyone and everything. From Jacob Rees-Mogg to Ian Paisley. From his ukulele-playing contemporaries to the arthritis that has gummed up his left wrist.

He’s always an irate performer—his voice rarely dips below an infuriated roar and he’s constantly shaking his fist and slapping the wall—but The Idiot is a cleverer show than it sometimes seems. There’s an awareness to it. He never says anything really controversial, and he always punches up, not down. You sense that beneath the layers and layers of loathing, he’s actually an alright guy.

The show is half made up of Legge airing his many and varied grievances, plenty of which are pointed at other comedians (comedians that deserve it, though – Ricky Gervais, Louis CK, Graham Linehan, anyone that plays satirical songs on a ukulele), and plenty of which are aimed at the “stupid, English cunts” behind Brexit.

The other half is something of an identity crisis. Why, Legge wants to know, isn’t he Iggy Pop? What does it mean that he can survive a medically-advised period of sobriety (“If I’m not an alcoholic, what am I?”), and why do people confuse his accent for a West Country one (“The IRA will never take me now”)? It’s a bruising, misanthropic hour – but a smart one, too.