Review: Moon: We Cannot Get Out

Moon's brutal comic world is out to destroy them 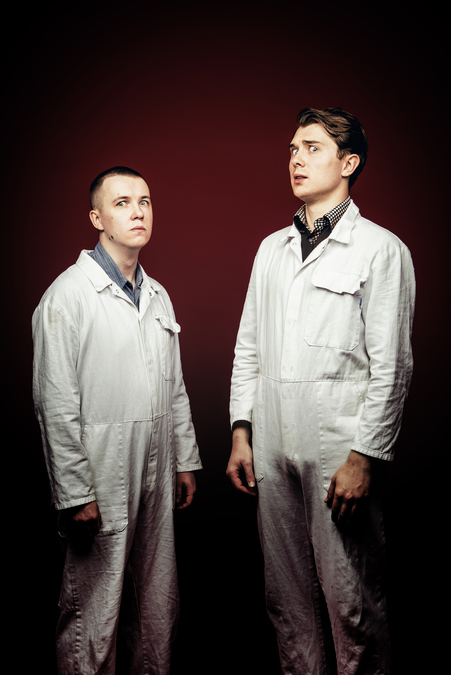 The difficulty for sketch shows is how to tie the array of skits together into something meaningful and coherent. For double act Moon a recurring narrative between sketches is performers’ Jack Chisnall and Joshua Dolphin’s fear that the very venue itself is trying to kill them. Such paranoia fits elegantly with their comic mode, in which brutality and menace is always lurking in the background.

Yet this overarching narrative doesn’t really go anywhere, and appears more as a last-minute attempt to tie everything together than something intrinsic. Which is a shame, as many sketches here pack big mid-scene comic wallops, and evidence real skill in shaping detailed comic meat from simple ideas. So, a routine concerning an over-informative priest takes a joke and extrapolates it exponentially, becoming comically bleak. Yet in many places they don’t have final punchlines that would round things off neatly, and rely on shouty violence as a payoff a bit too frequently.

But there’s no doubting they’re an intriguing duo, with honed comic acting skills and an individual style. Chisnall is foppish and vulnerable while Dolphin is intense and harsh, and they inhabit their characters with sincerity. A sketch early on in which Chisnall is a hostage serves as a template for the tone of their humour, and the interplay of their relationship. Multiple skits take fantasy worlds and ask what would happen if they were inhabited realistically, and they’re pleasingly confident about not giving their audience too much information, too early, too easily.