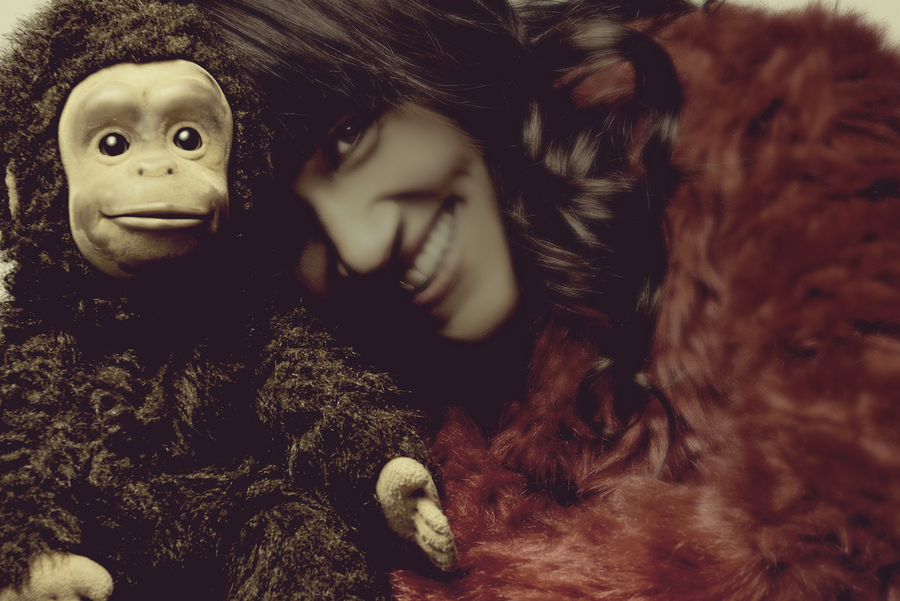 It's easy to fire off at big tentpole produtions. All those seats; all that money; bums on all of those seats, whatever the artistic cost. 900 bums in the McEwan hall tonight, to be specific. And, do you know what? They all get a performance that's both artistically credible and riotously funny.

There's little to write about Nina Conti's talents as a ventriloquist that hasn't already been written – she's been doing this for the best part of two decades. She's technically great. So good, in fact, that for the first 20 minutes of Nina Conti is Monkey, she doesn't even need to let you see the ventriloquism bit. She's stuck inside a primate suit. After working with her for 18 years, Monk (that's the puppet) has realised that Conti is the superfluous bit of the act. Conti's "girly girl" schtick is the mask; he's the real deal. And he can be as foul as he likes without Conti nagging at him. Or, indeed, as lusty as he likes, as this reviewer finds out, much closer up than anticipated. There's a nice comment in here about the boundaries between the person and the act in comedy, but Conti doesn't overplay this. It's there if you want to ponder. But, equally, it's fine if you just want to laugh.

Here's the big secret, though: this isn't really a ventriloquism act any more. Sure, ventriloquism is one of Conti's key techniques, especially once she emerges from the suit and takes to transforming audience members into a serious of high(ish) tech dummies. Really, though, it's about Conti pushing herself, stretching the boundaries of what's possible with multiple improvised voices. At one point she's speaking on behalf of three audience members plus herself, a polyphony of invited chaos. It feels genuinely risky, like she's trying to fail. For that, she deserves all the bums on seats she can get.