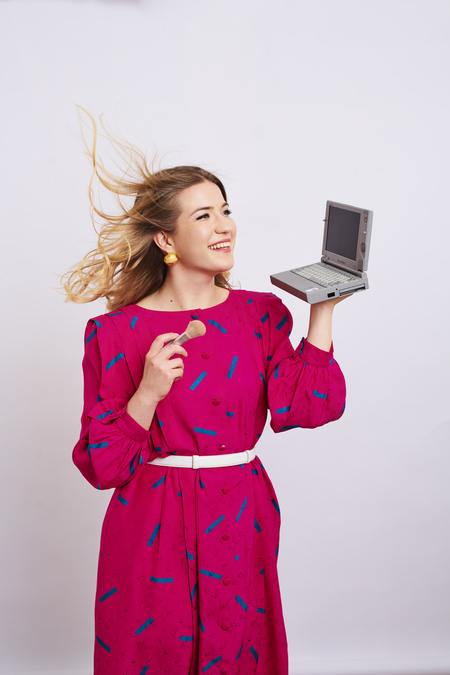 There's a tricky nugget sizzling at the meaty centre of Olga Koch's second Fringe show. As an avowedly non-girlish, unashamedly whip-smart computer programmer-come-comedian, Koch has been praised by the men in her life for being different to all the other girls. And in being proud of achievements which run against the grain of gender norms, she's realised that she has, in fact, internalised that misogyny. And here's a review by a guy saying how great Koch is – how different she is to everyone. Ugh. Does not compute.

And that's why it's all so great. In a show that ostensibly takes a lead from the computer programming axiom, if X then Y, IRL Koch hovers around the complex nuances – the apparent "exceptions" that are, really, the messy norm. Every time she comes close to making a point, she burns it to the ground with a beaut of a punchline. Her delivery is tricksy, too, dancing deftly on the thin line between tight script and sponteneity, each beat clearly considered but never feeling overrehearsed. Beneath the programmers' language, she's also deeply human. Who else at this Festival worries about how 104-year-olds in care homes get their references to land? Who else can see right through Lord Byron’s emotional guff and recognise his sister, Ada Lovelace, as the real badass?

That is, it's all great right until the end, when she debugs all of her lose ends with a too-cute conclusion which undoes far too much good work, exchanging slickness for clunkiness and nuance for thumping message. It feels at odds with a performer who wears her politics so lightly, so hilariously, and so devastatingly on her sleeve.