A whimsical show but with a bold subtext 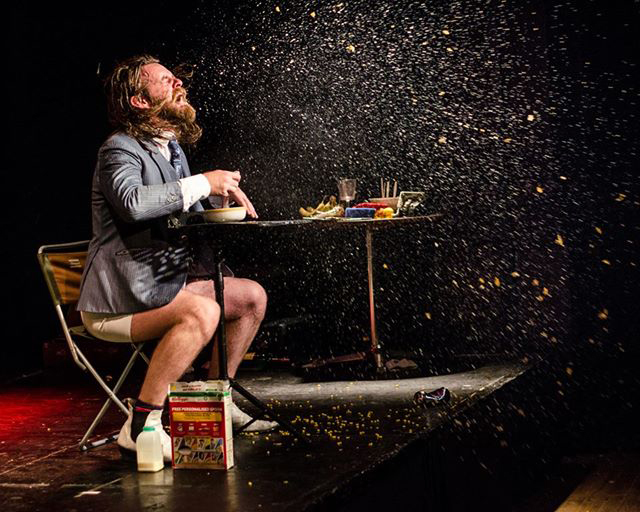 One could experience a performance of Trufficle Musk and conclude that Paul Currie is a master at getting audiences on side, but his relationship with today's crowd evidently goes back beyond this particular show. Even before he has said or done anything, the sell out room has willingly offered itself to him. They will gladly do whatever the performer asks, whether this involves clapping and singing along to the snippets of music that soundtrack his clowning, or being blindly escorted by him onto the stage. There's a great atmosphere in the venue, unlike anything to be found at other comedy shows, and it makes for an intoxicating experience. It must, however, be admitted that at this stage, the audience is as much responsible for this mood as the performer.

What Currie does prove himself a master of is undercutting the celebratory nonsense with a palpable sense of pain and darkness. Abuse and trauma are strongly hinted at throughout the piece, the otherwise joyful tone rendering these naked, emotionally raw asides all the more poignant.

If you want to take Trufficle Musk as pure whimsy, then it holds up as supremely inventive prop comedy. However, there's much to recommend in the show beyond this, and you don't have to strain too hard to find its bold and true subtext.