Review: Piff the Magic Dragon and the Dog Who Knows

The Vegas headliner is back for a "holiday" 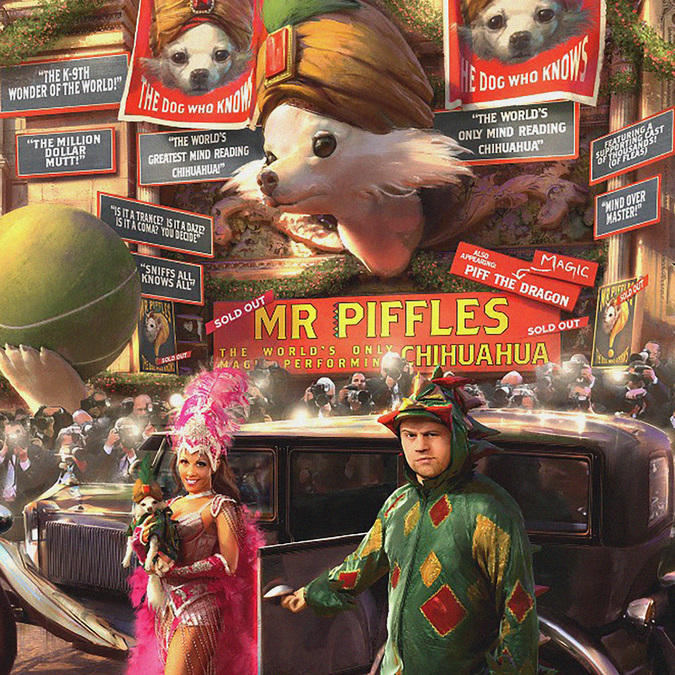 If you've not heard of Piff the Magic Dragon and his American adventures (or, indeed, the magical chihuahua Mr Piffles and his American adventures), then you've probably been living in a box. And if you've been living in a box, thankfully Piff the Magic Dragon and the Dog Who Knows begins with a video summary of these escapades to bring you up to speed. Sure, Piff is a Vegas star now, having made a name for himself oh-so-nearly winning America's Got Talent, but he's come back for a "holiday". Hail the conquering hero?

On balance, Piff keeps this just the right side of ludicrous for this not to come across as smug. Central to his magic act has always been a haughty disregard for the showy conventions of magic, the silly conceit of a magic chihuahua standing as case in point. (To whit, Mr Piffles is on fine, fluffy, disinterested form tonight). Piff maintains that schtick while banging through a series of astonishing tricks. The final card routine is the sort of thing that shows why he's a Magic Circle Award-winning conjurer.

However, there's a sense tonight that Vegas has dulled Piff's edge a little. Despite a full house, tonight is a little flat. There's just not enough of a gulf between the grumpy, spiky dismissiveness of the act (and the atmosphere that creates) and the skill of the trickery. As a result, this feels more like a clever magic show by a slightly underwhelming performer than it does (as it should) an amazing magic show by a god-awful performer.