A first in comedy: a show in both English and BSL 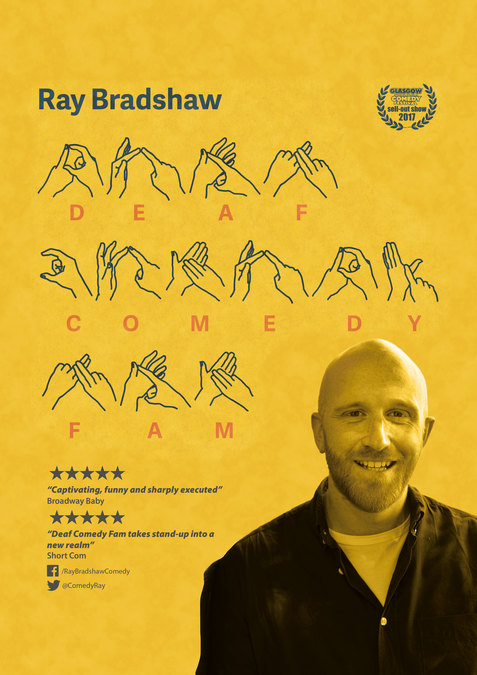 Ray Bradshaw has been touring this show across the globe ever since last year's Fringe. In the process he has played to large numbers of people who have never been to a standup gig before, which seems strange. But that's because this is the first show performed in British Sign Language (BSL) as well as English.

Over three sections—one involving a voiceover, one in which he speaks to a video of him signing, and a third in which he brings them together—he both introduces BSL users to the world of standup and non-signers to the rich and varied deaf culture. Non-signers learn so much, particularly about how different BSL can be as an expressive medium. If it seems odd that Bradshaw uses recordings, then it's very evident by the end why this might be. He has a lot of fun in that liminal space between two languages. After all, comedy is lost in translation – and this is expression, not translation.

This is, in truth, a pretty gentle hour of jokes. There are few zingers – though, clearly, punchlines might land very differently in BSL. We learn about Bradshaw's family, his upbringing, and we share in his delight at being brought up by such wonderful, open-hearted, mischievious parents. And we go away a little better informed, a little more aware, and a little more connected to each other. Thumbs up.