Fantastical tales from a storyteller disengaging from the real world 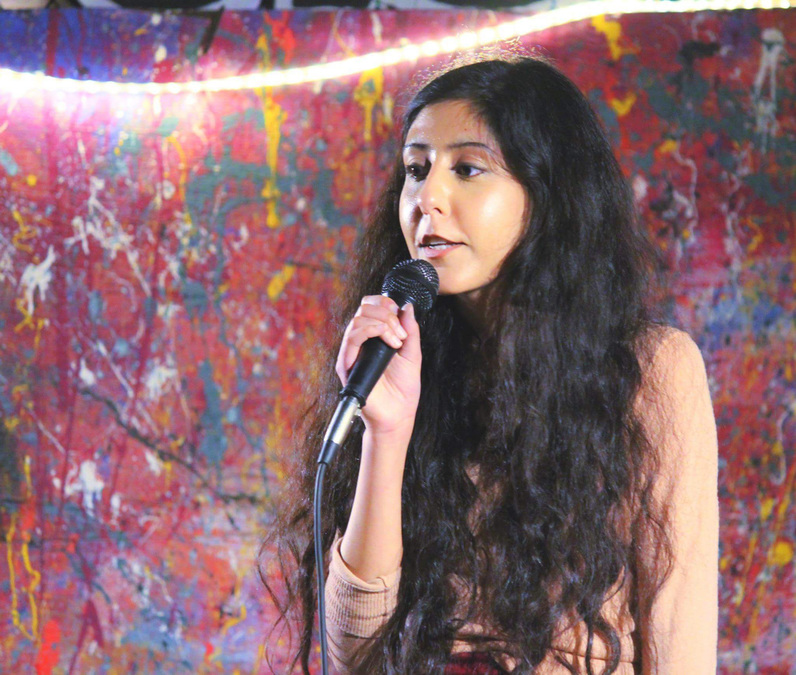 Specialising in a form of stand-up so magical realist that it borders on the surreal, Nav Chima truly commits to her fantastical stories. Soft-spoken, with a sing-song delivery and pixie-like demeanour, virtually the only things you can say with any certainty about her are that she's a deceptively youthful-looking, 45-year-old American of Indian heritage, who is distrustful of small town mentalities and sceptical about her parents' relationship.

A blueberry reciting existential poetry; a band consisting solely of leather jackets; a ladybird alcoholic – Chima's tales are presented as if they were conventional stand up and feature an occasional recurring character, like the slab of butter who's blithely disinterested in her dating history. But they have no grounding in the actual world beyond a backdrop of bars, shops and jobs and are absolute non-sequiturs, presented as stream of consciousness.

Twee yet cynical, animals and random objects pursue quirky vocations, but they're tried, tested and beaten down by life, with Chima floating among them like an enchanted but deadpan Alice on the other side of the looking glass. It's utterly unique and tends to provoke smiles rather than laughter, the humour emerging from the language and unlikely visual imagery she conjures. Without further variation, it starts to get a bit samey and doesn't outstay its welcome at a lyrical 35 minutes long. The Fringe needs to offer space to such idiosyncratic acts though and if you're after a mid-morning comedy fix, Chima has abundant charm.