Review: Richard Hanrahan Is Doing This

A baffling, tech-laden hour in the noble pursuit of what makes people laugh 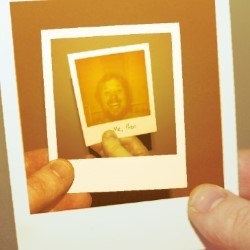 Well. For once, a show blurb is not far off the mark. Calling his debut Fringe hour a “recursive nightmare”, Richard Hanrahan has created a monster – nested matryoshka dolls of video recordings and PowerPoint slides. For he is desparately seeking the meaning of comedy; his tools are statistics, puns and many, many cameras. Boy, is he ready to deconstruct this shit out of this.

He is, fortunately, an already pretty funny guy; a little scatty, maybe, but with a gift for audience interaction. In fact, it’s a unique and inspired insight—to him—that you should just be able to ask an audience member what makes them laugh. So he does – and he documents.

Often unashamedly sharing clips of nights with crowds of two, or just his parents, Hanrahan doesn’t just play with the difficulty of maintaining audiences throughout a month-long festival – he embraces it. He weaponises it. The tech might be lo-fi, and the jokes may only land half the time, but that awkardness echoes through to the next show, transforming into something puzzlingly hilarious, a seemingly endless fractal fever dream.

If you have any days left this Fringe, see this show – then see it again. Take friends and embarrass them, because it just might end up on film, for someone else to laugh at.