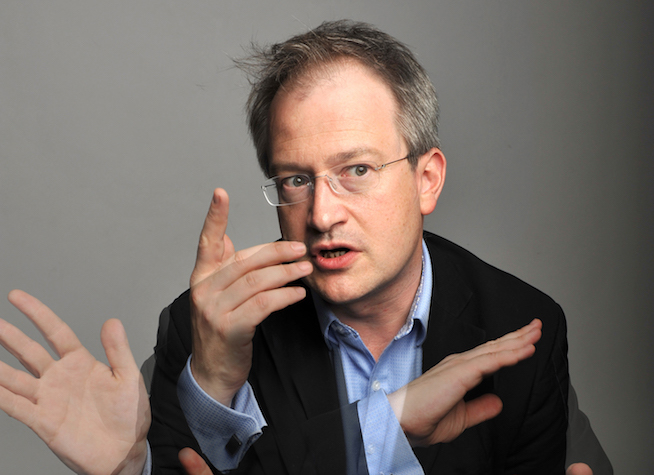 In a Fringe saturated with shows extolling cynicism, despair and pessimism it's refresshing to encounter an hour stuffed full of joy, wonder and zeal. Robin Ince's gig consists of a ragbag of things that interest, amaze or inspire him, and thus the whole functions as a celebration of the universe and those who engage actively with its marvels. It's an infectious conceit and it's hard to resist such ebullience.

Indeed, Ince's enthusiasm for understanding everything around him means that there's simply too much stuff to be covered in an hour. He has a collection of slides which he flits through, sometimes landing on one to outline its signifcance, while others whizz by because there isn't enough time, presumably to be selected at different shows. This material allows him to segue into a variety of related anecdotes, and so the show becomes about his relationship to the things that excite him as much as it is about the subjects themselves. Part lecture, part gig, Ince insists that it's much harder to be hopeful than pessimistic, and his ambition is to remind everyone why optimism might be justified.

Unashamedly highbrow, there aren't many performers who work from the assumption that their audience have a working knowledge of Michel Foucault, Batesian mimicry and Kurt Gödel. No worries if you don't; this is an inclusive space intended to introduce ideas as much as celebrate them. You'll leave the show likely looking at the world around you slightly differently, which is a small marvel in itself.