The New Zealand comic meditates magnificently on romance and sex 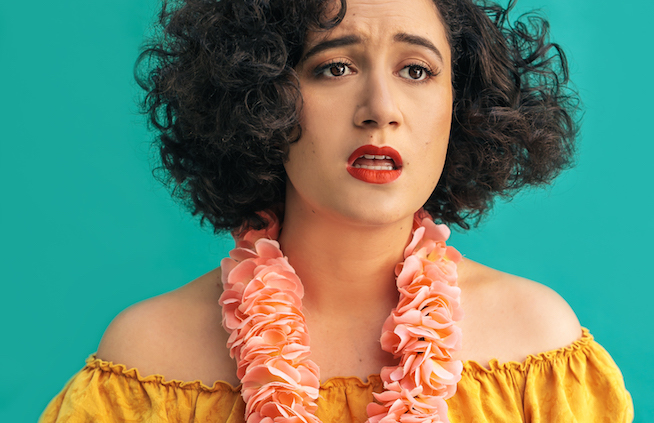 Comics don’t come much more exciting than Rose Matafeo at the moment. The 26-year-old New Zealander’s first two Edinburgh shows went down a storm, introducing her as a full-throttle performer with a thoroughly relatable millennial outlook. This third set, Horndog, is no different, seeing Matafeo meditate magnificently on romance and sex for an hour. It's a red hot hour of standup, in both senses. Kind of.

Matafeo makes herself known as you file in. She’s waiting at a mini ping pong table, challenging audience members to a game. It’s a fun, friendly start. Behind her, the show’s title is emblazoned on a projector screen in classic WordArt – the first of a few nicely nostalgic visual gags that litter the show.

The material itself is mostly confessional, sometimes anecdotal, sometimes observational. It’s loosely themed around Matafeo’s love life, and her anxiety about her obsessional tendencies in relationships. Why, she wants to know, do girls put so much effort into things that just aren’t worth it?

Along the way, she riffs frantically on K-pop, on crochet, on micro-aggressions, on failing as a feminist and—this is the best stuff—on her struggles with sexuality as a teenager. She’s brilliant, partly because she’s so playful, so idiosyncratic in her delivery, stretching her vowels and throwing sharp, shocked glances at her audiences.

More than once, she pauses and checks herself. “Was that good?” she asks, before blithely continuing. Yes, Rose, it was. Really good.