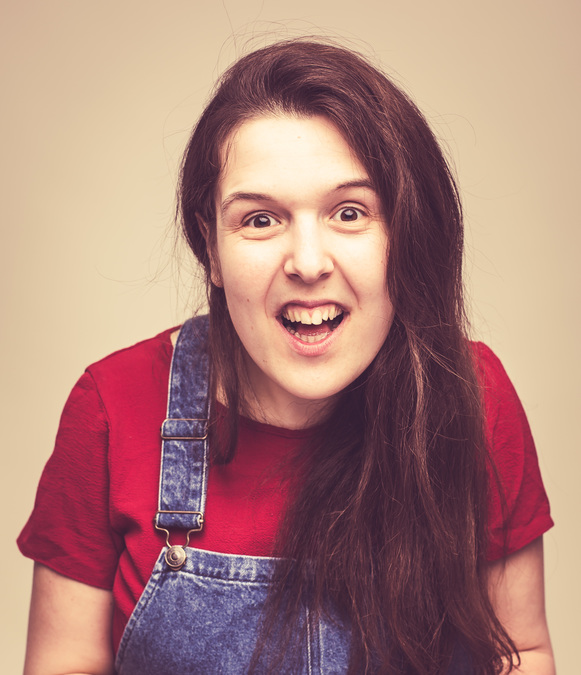 "Disabled, gay, and a prick" is how Rosie Jones describes herself, and she wears that description with pride. She has ataxic cerebral palsy—the jokes touch on that—and her delivery’s paced carefully, luring the viewer into a false sense of security. A tale seems to be going one way, but she positively revels in subverting expectations, and she particularly loves a dirty joke. There are some stony faces in the front row, apparently hoping for cleaner language, and not getting it. They’re missing out, it’s not all played for shock value and some of the writing is wonderfully descriptive.

Backward could benefit from some more rigorous editing; it’s ten minutes too long today, and while the end of the show is powerful and thought-provoking, it'd be more effective if it didn’t take so long to get there. Despite that excess, Backward is a strong show with a compelling narrative and some perversely imaginative punchlines.