Peppered with quality gags and ideas 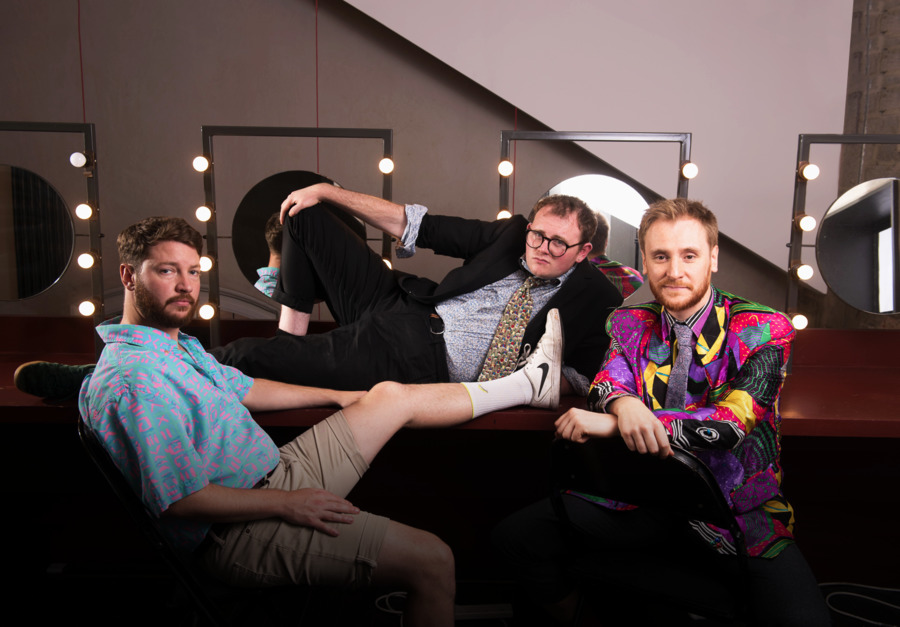 You can well imagine where the inspiration for Sleeping Trees’ entertaining new hour initially emerged from, given the poster-heavy presence of certain high-profile old kids entertainers up here, over the years. Basil Brush. Dave Benson Phillips. And particularly Dick and Dom. Thankfully the latter duo have now reinvented themselves as popular festival DJs, rather than fully mirroring the dark descent of the Silly Funny Boys. And crikey it does go dark.

This mythical trio were big in the ‘80s, when cigarettes were rife, racism was casual and health and safety were two separate words that had yet to be significantly conjoined, hence the laissez faire prep that led to a catastrophe the troupe have never really recovered from. But could they do it tonight, at the multi-act benefit show they’re staging to help repair the damage?

Sleeping Trees—Joshua George Smith, John Woodburn and James Dunnell-Smith—have quietly become a Fringe institution themselves in recent years, and there are moments of brilliance here: their introduction of the first "act" deserves some sort of medal for cleverly utilising one of August-in-Edinburgh’s more awkward everyday moments. This is barnstorming stuff early on, the benefit show a canvas to pastiche various strands of the very festival that’s currently hosting them, from grinning transatlantic improvisers to period pomposity.

In truth, Silly Funny Boys loses some momentum during the latter section, and never quite hits those early heights again, bar a genuinely unnerving puppet show. But it’s still peppered with quality gags and ideas. There’s no sign of a downward spiral here, just yet.