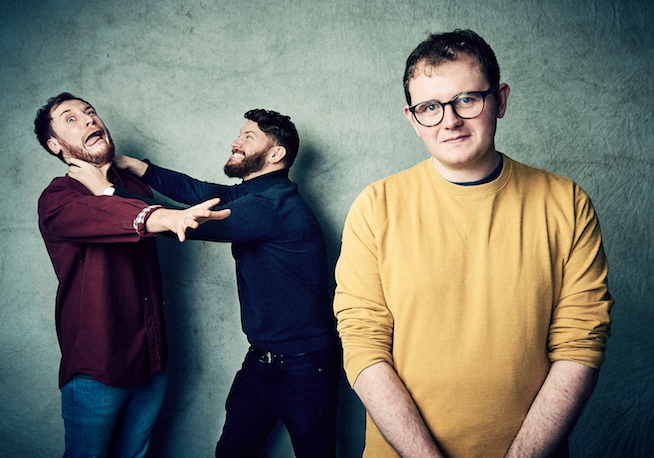 After several shows spoofing film genres, Sleeping Trees have opted for something different this year. With a tongue-in-cheek introduction to the “sketch drama” format, their pacy, sprawling narrative sees them reminisce over their various world tours after taking some time apart from each other. Spanning the globe and any number of ill-conceived adventures, there's plenty of opportunities for misdirection and pullback and reveal gags as they meet and panickingly kill eccentric strangers, only belatedly revealing the so-called truth of their trips to their sketchmates.

Despite the knockabout sketch style, the narrative structure has a satisfying symmetry. And the performances of James Dunnell-Smith, Joshua George Smith and John Woodburn are tight as a drum, whether as pensioners performing a gymnastic sex act or, most hilariously, as villains indulging in a mutual suicide pact to escape retribution. Particularly effective is a scenario in which Woodburn, a kidnap victim, projects Stockholm syndrome onto his captors, introducing them to the Home Alone films and working through their relationship problems. There's also a big song featuring some of the world's most famous walls, a rousing singalong despite the ridiculousness of the sentiment.

Directed by Tom Parry from Pappy's, the Trees prove themselves well attuned to each other, seamlessly contorting to form background scenery in order to set a scene, capable of improvising when they fancy messing about a bit. As a succession of shaggy dog tales, their collective story doesn't quite have the focus to be memorable. But there's a lot of fun in the journey.