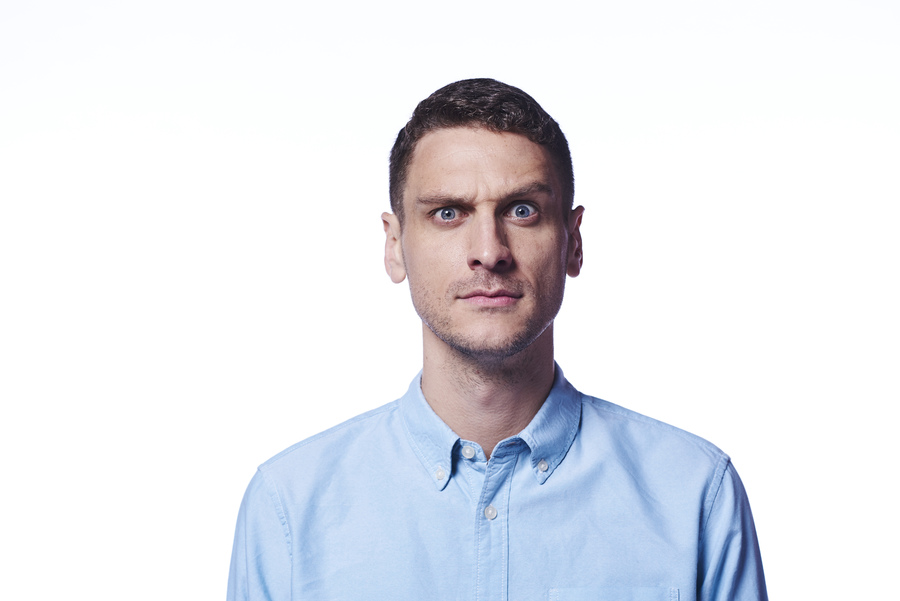 The show starts in party mood, with Steen Raskopoulos showing his dance skills, and the crowd whoops in encouragement. It's an opening intended to wrongfoot, as by the end of the hour we're somewhere else entirely.

This dislocation is central to the routine's theme, and it's a show you might spend some time afterwards trying to unpick. For this is an intricate meditation on identity and sanity, as multiple narratives and characters—seemingly unconnected at the outset—start to collide in unexpected ways. It's an assured narrative structure that rewards attention.

All of which makes this sound heavy, more a play than a comedy gig. But it's properly funny too. Raskopoulos is an astonishing comic performer, confident enough to give his audience just enough to sell a joke and no more. He plays multiple characters, all clearly defined, and all with a backstory to explore. What seems like wilful silliness—the trial of the iceberg that sank the Titanic, for example—turns out to have much more meaning, yet still functions in itself as a discrete and funny skit. Audience interaction is well-handled, and small acts of physical comedy justifiably garner louder and longer laughs than most other comics would manage.

But there's a nagging sense of something larger and menacing lurking somewhere, and it slowly rises to the surface. The emotional wallop at the end is brave and heartfelt, and its sincerity is earned. It's a show I immediately want to go back and watch again.