When the going gets tough, Stade finds his groove 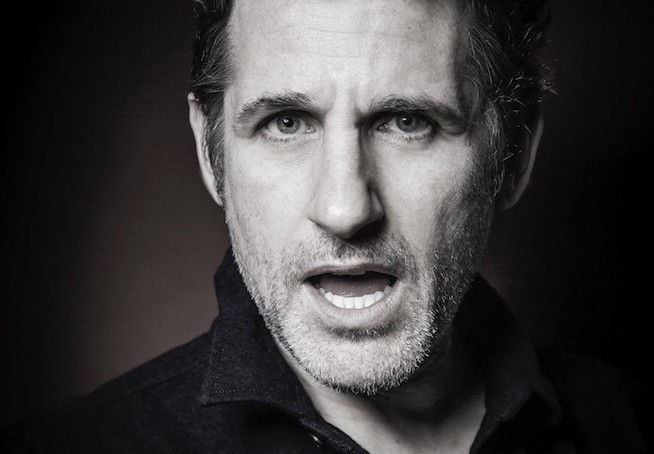 Many years ago Tom Stade found himself switching from a coveted studio contract in California to life as an unknown standup in the Black Country – Wolverhampton, to be precise. It was a culture shock. Tonight he has to cope with Black Wednesday, which is slightly bewildering too.

You can imagine that the popular Canadian has barely noticed the Fringe’s slowest sales day in recent years. “They put me on the edge of town!” he exclaims, while surveying a half-full room. Nice as the Rose Theatre is, it’s a good mile from his busy old stomping ground the Pleasance Courtyard. And though most Fringe comics would kill for an audience like this, tonight it takes a while to get the juices flowing.'

When they do flow, though, it’s a torrent. Stade’s initial thrust is about technology’s takeover, but the show really flies when he gets onto his kids, who are no longer kids. That also takes in booze, drugs and sex, and a belief that the new generation will vanquish homophobia, racism – and religion. He supports that theory by challenging the youngest and oldest guys in the room. They bond.

The second half here is a treat. There’s familial teabagging, an extraordinary revelation about his own sexual preferences, and a controversy-courting link between God and Bill Cosby. Still somewhat unsung after all these years, Stade is up there with the deified Doug Stanhope when it comes to skilfully taking good taste to the very edge. In Edinburgh terms, that’s to the west end of Rose Street.