Fest catches Tom Ward’s Popcorn Lung, well at least half of it 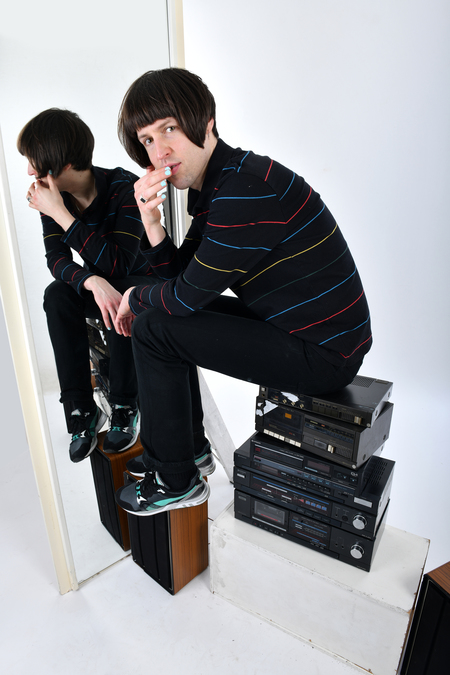 Ward begins the show with a pumped up start, playing thumping '90s baggy tunes, despite his mum warning him not to raise expectations with an overblown entrance. But when he hits the stage the material is typical beautiful Ward stagecraft. He’s inventive and eloquent in routines about David Bowie’s cool attitude to his terminal illness and how passport photos make you look bereaved. Even the more familiar observational territory about the size of the mirrors in sunglass and shoe shops is expertly realised with just the right level of whimsy. Ward looks at things from an avant-garde perspective; and perspective is what he’s here to talk about in fact.

The only trouble is that Ward’s perspective is tightly focused on this quiet Sunday night crowd and he’s not getting the response he’d like. He spots a charming elderly lady in the front row with whom he begins to chat. She’s led an interesting life, so Ward openly admits that he’d rather go on with that conversation than the show. That’s assuming it wasn’t actually all intended – with Ward you never can tell. Maybe front row Mary’s in every night.

With the help of Mary and encouragement from Ward’s girlfriend, who makes an impromptu appearance, he pulls it around at the end into what presumably would have been his finale. But it feels like we’ve missed out on so much. If the script had continued in the same vein, Popcorn Long could have been a great show, even if collectively we weren’t showing our appreciation enough.