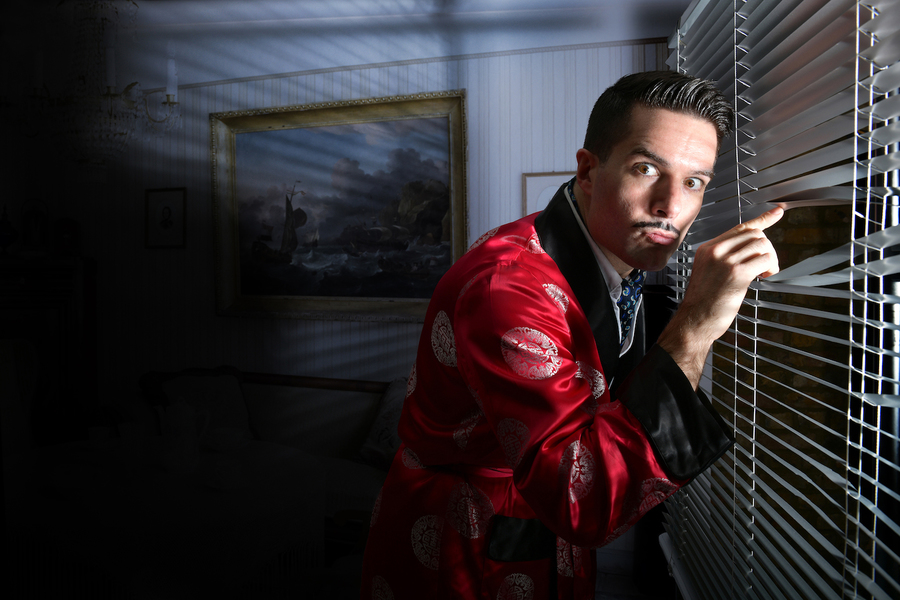 After last year's 1001 Moments with Troy Hawke, prolific character comedian Milo McCabe brings his foppish naif persona back to Edinburgh in Tiles of the Unexpected.

The titular tiles are those of the popular board game Scrabble. It’s a simple but increasingly bizarre comic device used to fuel Hawke’s conspiracy theories, decorating the narrative with manic numerology. But at first he uses it to tot up the hypothetical scores of audience members’ names, a trick which—despite its gimmicky nature—never stops being funny, thanks in large part to McCabe’s effortless crowd control and total mastery of the character.

That’s what makes Tiles... such an engaging hour: McCabe has really fleshed out this silver-tongued 1930s cad. And not just visually (pencil moustache, cravate and silk smoking jacket): Hawke boasts a considered but subtle physical vocabulary alongside his verbal one. It’s almost clowning, so integral are the winks, grins and mannerisms to the character. Mix in a verbose idiolect that’s both highly literate and transparently vapid—delivered in the constipated nasality of an aspirational upper-class rogue—and you’ve got a well-rounded identity leading the charge.

Though bolstered by a screen used for Scrabble scores and the occasional video, the show is at its strongest when Hawke pauses the meandering story to joust with the audience. Tiles... could honestly have been an hour of mere crowd banter; McCabe’s swift wit as the fully inhabited Hawke is a natural triple word score.