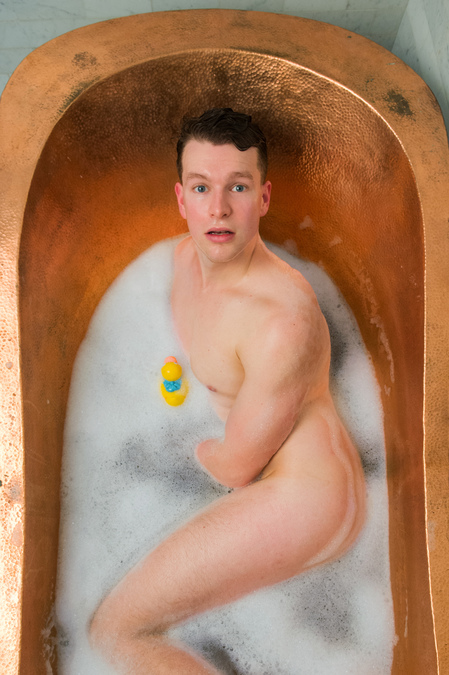 Maybe it makes sense that this is a somewhat uneven hour: Zach Zimmerman clearly has a lot to wrestle with. Born a God-fearing Virginian, he’s now a gay atheist, working through the later stages of being out, especially in relation to his straight-laced and perennially disapproving parents.

A large chunk of the show deals with this side of his life (there’s a photo of mom centre stage throughout), which is fine. It’s clearly important to him, but his demons do stymie the comedy somewhat, his energy submerged by sincerity and occasional schmaltz.

It’s when Zimmerman dumps the soul-searching and fully succumbs to his dirty dark side that the show truly begins to soar. And in full flight he is quite glorious. You can feel the cathartic enjoyment as he re-enacts sexual encounters and the lowest of low-points. He’s especially good with voices – for example, an Austin Powers-like Brit he once shagged, and a council of sobbing seals.

And as we wind our way to the end—via mines of gaping buttholes and a groaning audio guide in Amsterdam—the show occasionally borders on genius. It comes to a head (for there is no other way to describe it) in an extraordinarily tasteless finale which is hilarious, shocking and terrifying.