While not doing enough material on dogs or darkness, Robin Grainger offers an entertaining hour all the same 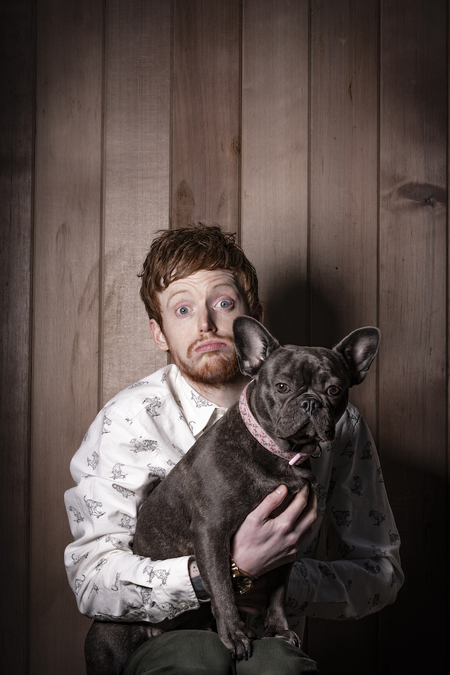 A quick warning before we start: Robin Grainger’s debut show does not actually contain much about mutts. The poster for Dog Complex perhaps suggests that this hour will be pretty much a double act, the Turner and Hooch of the 2019 Fringe. In fact, there is almost as much goldfish material as canine stuff, which may come as a disappointment to dog fans – if also a pleasant surprise for goldfish fanciers.

Dog Complex is an entertaining hour all the same, if clearly a case of shoehorning your material into a vague theme after the request to name the show takes you by surprise several months before the Fringe. That theme is about Grainger’s gradual transformation, from wayward youth to quasi-family man: he now lives with the girlfriend and a French bulldog, rather than his functioning-stoner brother. The latter gets lots of airtime here too, and perhaps outstays his welcome in the home and the show.

Many of the stronger laughs come from Grainger’s scrawny appearance, and his sun-free upbringing in a small town north of Aberdeen. He’s splendidly self-deprecating, although the show loses focus late on as his loose theme gets particularly ragged. Then right at the end there’s a mighty bombshell that most comics would have used much earlier; or probably built a whole show around, in truth.

Not everyone wants to delve into darker waters, but an hour is a long time in comedy, and you need a bit of nourishment along the way. That may well come, when the dog days are over.