A tale of abduction 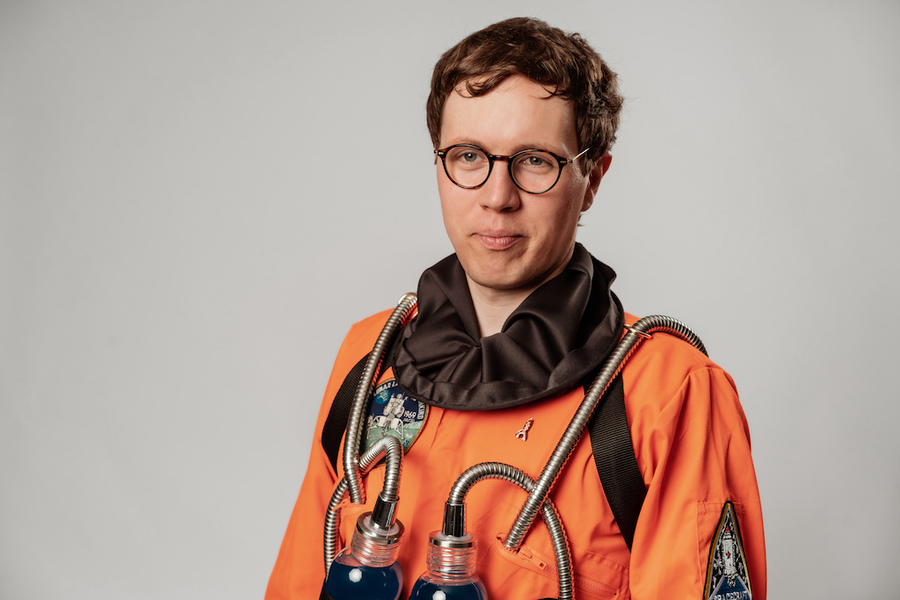 One of the very best things about the Fringe experience is stumbling across someone dressed as an astronaut down in the SpiegelYurt near midnight, and it turning out to be a thoroughly enjoyable act, rather than just some really annoying dude, wandering about.

True, Sam Nicoresti does seem fairly adamant that he was abducted by aliens a few years back, but let that not impede your enjoyment. This space cadet is a talented filmmaker when not on stage—or in-yurt—and the production values here are really quite impressive: audio bits and blackouts and all sorts of other bells, ping-pong balls and whistles.

Despite those special-effects and—rather good—spacesuit, this is an autobiographical tale, taking us back to several incidents that made him the person he is today; and which might well have made him cease to be altogether, on at least one occasion. Some of those tales are pretty dark; wafts of acrid danger that breeze swiftly past as he launches off in another direction.

Now this show won’t be for everyone, and our host—who resembles the musician/scientologist Beck, but even odder—will no doubt be a tad too much for some. But the wordplay is frequently clap-worthy, and he copes well when an extra five people do indeed stumble through those flaps ten minutes from the end. “Where was the bouncer!” he mock-yelps, before politely resolving to ignore them and just press on regardless.

A good job too, as it’s a finale to be savoured. Nicoresti is an auteur well worth a late hour of your time.