Review: Seymour Mace is My Name Climb Up My Nose and Sit in My Brain

Seymour Mace frenetically encapsulates the battles in his brain 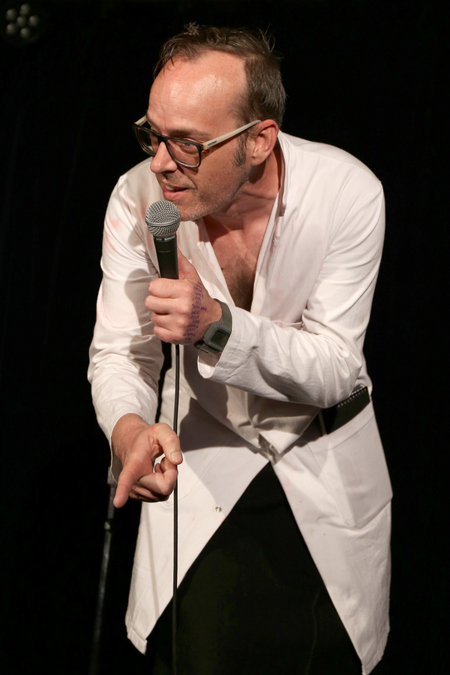 How ramshackle do you want your comedy? Seymour Mace begins his show reluctantly being dragged to the stage, begging not to be made to perform. The rest of his hour mines the tension between his conflicting needs of being in the limelight and managing the disruptive nature of his depression and anxiety.

He notes that comedians are only meant do a single show about mental health, and then move onto other emotive topics, such as their relationships with their parents. But here he is, for the fourth successive year, mining the battles within his brain for comic purposes. He makes a convincing case for the therapeutic possibilities of a form such as standup, and it’s instructive to witness a performer for whom comedy has such personal significance.

But that’s to suggest a pomposity which is thankfully absent. Instead this is a ragbag of colliding ideas, often arising from Mace’s anger at the happy world he’s told he should inhabit. His violent enactment of mainstream sitcom conventions skewers the lies in such Panglossian shows, resulting in something akin to a socialist revolution. And there’s a really good joke about coasters.

The show takes some time to get going, slowly building towards an inexorable momentum. Some skits are stretched beyond their comic mileage, while others become sublime precisely because they drag on. It all feels like this could fall apart at any moment, and within the potential for that possibility sits something frenetic, fragile, and surprisingly intimate.