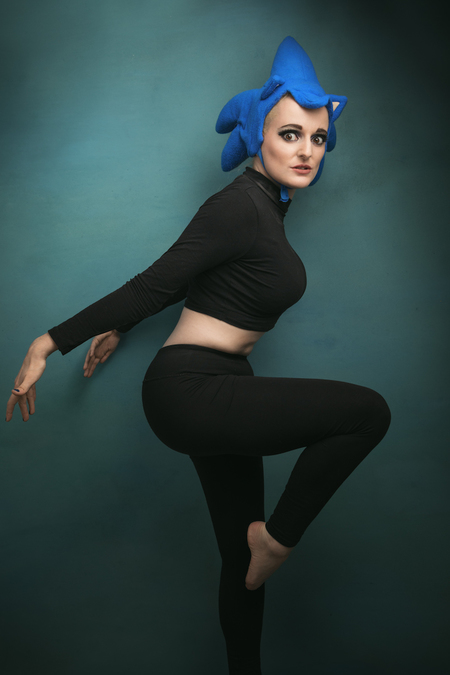 Even if you share Sooz Kempner's passion for Sega video games of the '90s, it's questionable if you'll find too much to entertain you in this hard-striving but ill-conceived show. From the premise that her many hours spent playing games as a teenager stunted her social development, but fuelled her “Mega Drive” ambition, the comic and singer suggests that her life is one of giddy highs immediately followed by crushing lows.

A viral sensation earlier this year after posting the bizarre tale of her former job as a Christina Aguilera impersonator, she was nevertheless quickly brought back to earth with a bump, just as she was in the moment of her greatest professional triumph: making her West End debut at the English National Opera. Affording commentary on these personal peaks and troughs, she interacts with two video manifestations of her competing inner self, Good Sooz and Bad Sooz, the former a Scientology-enabled wellspring of encouragement, the latter an undermining bitch queen. And inbetween all this self-analysis, she interjects her critiques of the Sonic the Hedgehog franchise and other Sega games, their regressive, underlying politics as great a source of humour as their outdated graphics and lack of relative technical sophistication.

Additionally, there's another tangent about the hymns that Kempner sang at school which testify to her impressive pipes. But the most amusing aspect remains her mockery of highly dubious games like Michael Jackson's Moonwalker. Bolted onto such assured cynicism, the self-immolation feels indulgent and rather skated through.