Review: Spencer Jones: The Things We Leave Behind

A more personal show from the prop-master 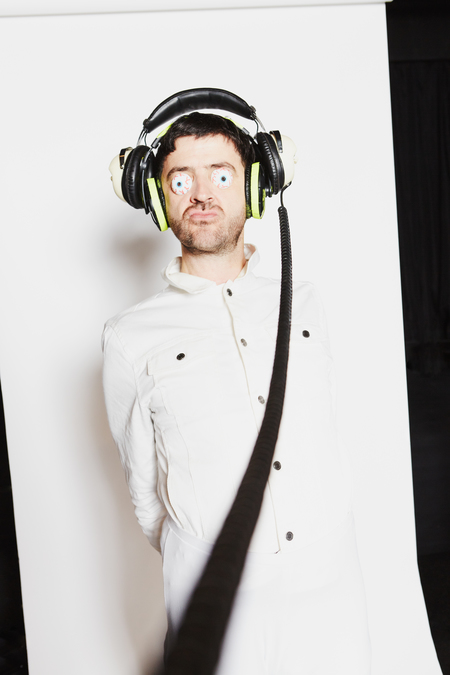 Spencer Jones: The Things We Leave Behind

Millions more now know comedian Spencer Jones, as Kempe in BBC's Upstart Crow. And yet they may still not know that he can deliver the best prop-based gags in the business. He's still got it. Few can do with a couple of spoons, or an old telphone, what Jones can do, leaving odd, memorable, funny images that are strangely hard to shake.

He's not performing in character as The Herbert this year. But while that child-like clown always managed to tug at audiences' heart strings, it's not clear that Jones as Jones is quite sure he can do quite the same. The effect feels like an ongoing transition out of character and into Jones as an adult, and that doesn't always make for hilarity. Some exposition sections, revealing his concerns about being a husband and father, and adding story and meaning to the junkyard of props around him, feel nervy and unsure. It's as if he's worried that if he treats everything as a joke, we won't get the subtext: that the "things" we leave behind aren't just pulled from skips or bought on eBay – they're made from flesh and blood and love. He needn't worry.

Still, he pulls off some beautifully daft rountines, particularly using his new eBay purchase of a loop machine. "Do you remember my mum?" he asks, repeatedly, finding within it a catchy rhythm to which he adds harmony and beats. Without fail, his route into jokes is inventive and unexpected. His exit out of them is slick and sublime.