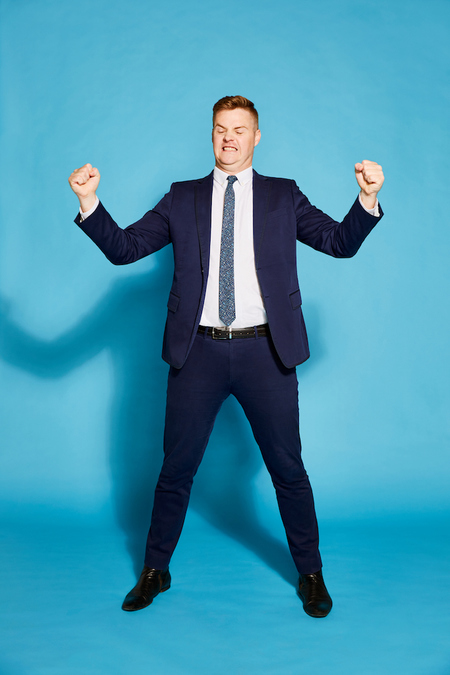 The title of Tom Ballard's new show may relate to its critique of capitalism and a society that values the relentless acquisition of wealth and property beyond all else, or could simply have been chosen because it points toward his anguished, sweat-soaked delivery. The man we first encounter on stage is a smartly dressed Australian television personality, but by the end of the hour we're left with a dishevelled wreck, struggling with both a mortgage he can no longer afford and an unshakeable sense of Millennial anguish.

While Ballard maintains that he's not really a success given that his TV vehicle was axed relatively early in its run, watching him perform feels like one of those weird Fringe scenarios in which a revered international star is reduced to playing a tiny space for the sake of possibly cracking an international market not yet properly exposed to him. Currently living in London on a working visa, his take on British culture and politics is as insightful and funny as any satirical work currently produced domestically, while the performer's brand of eviscerating self-deprecation is almost tailor made for the British market.

A couple of underwhelming, crass anecdotes excepted, to see Enough is to glimpse a prodigiously talented master performing unencumbered by expectation or risk. It feels like we're very lucky to have him here.