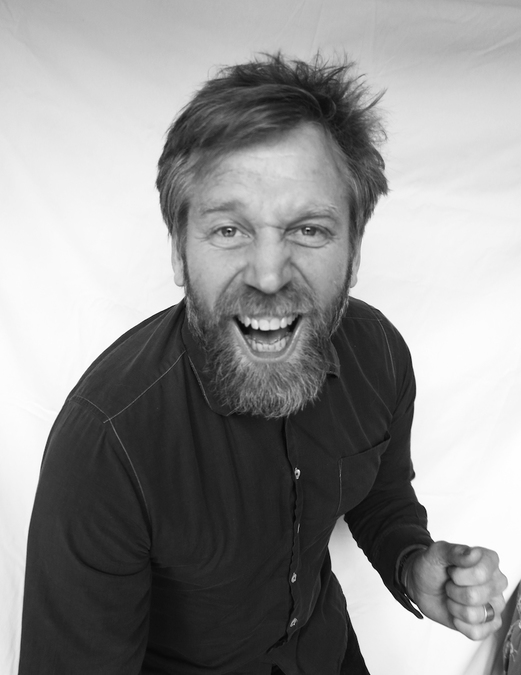 With all that’s going on in his life this could have been the year Tony Law wrote something explicitly serious and made a play for the heartstrings. Sober now after 30 years of alcohol abuse, he's just back from visiting his mother over in Canada who now has dementia. While he touches on both of these subjects, Identifies is typical Law – a rollercoaster of non-sequiturs and strange set pieces that help their creator make sense of the world.

Indeed, Identifies is overwhelmingly chaotic at times, which will be no surprise to long-time followers of Law’s work. Kicking off just after the clock strikes noon at the very least it’ll obliterate any cobwebs and provide an injection of energy into the day. He covers a remarkable amount of ground during a frantic hour: Time travel is a prominent theme (and really, it’s the perfect topic for Law to delve into when you think about it); Infrastructure gets a shout out, as does plumbing. He brings tales from as far as Dundee and Plymouth.

There are some lulls, there has to be, although he turns one of them—an "unprofessional beverage break"—in his favour. There’s also some showstopper moments; one bizarre sequence that involves the input of a very special guest, and another that’s described as "a glove play about Brexit Britain".

Identifies flirts with being perceptive, but there’s absolutely no learning to be done. Law’s a born entertainer, and as he himself points out, it’s not like he, and fellow comedian Phil Nichol, can "just go and get jobs". The longer we can embrace his strange worldview, the better.