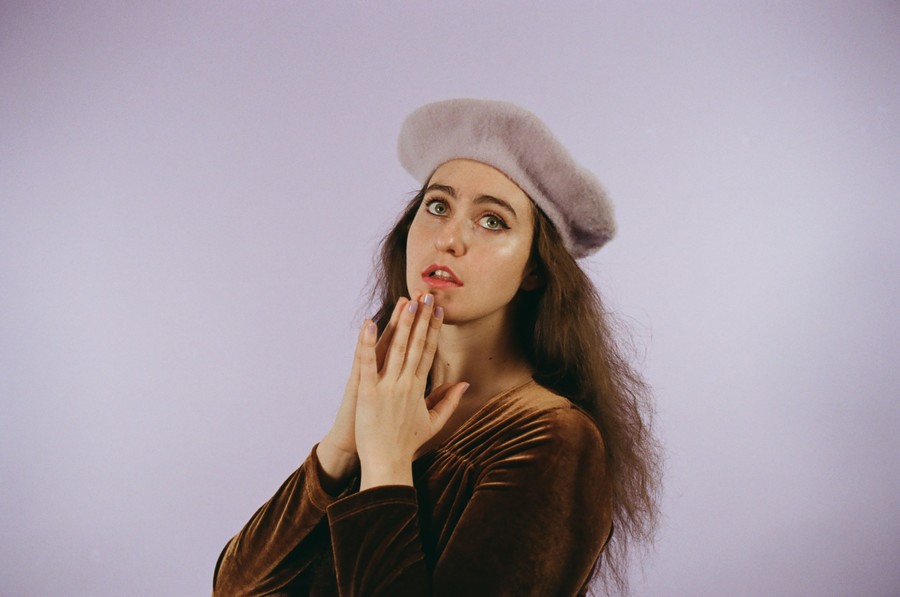 But unlike other American comics who get their big breaks to a viewership of millions, Cohen has made some unconventional summer plans: notably, getting on a plane to Edinburgh to perform The Twist…She’s Gorgeous, and attempting to avoid any daytime fun.

“I’ve never done so many shows in a row! And with my voice I just have to be really worried about stamina,” she explains while sipping an Aperol spritz underneath some bold rodent-art in Shoreditch’s Ace Hotel. “I have to take care of myself! It’s a pain in the ass.”

The Twist… indeed takes more physically demanding stage work than her shoe-gaze contemporaries might be capable of. Cohen sings and dances her way through ultra-high-energy autobiographical numbers – such as ‘All The Things That Are Wrong With My Vagina And All The Medicine I Need’, and the office holiday party anthem ‘Plus One’. (“I promise I’m fun, I’ll be nice and sweet, I love a good DJ, and filling my mouth with cured meats.”) The show has evolved over the years, and has been something of a lifetime in the making.

“I’ve been performing in musicals since I was seven, eight years old,” she says. “I was always doing, you know, funny stuff, but I wasn’t a comedy nerd or anything.”

It seems oddly fitting that a Scotsman would have helped elevate Cohen’s thoroughly New York-ish show, and no doubt about it – the UK has a special place in her heart: “My family lived here for a year when I was three, and I came back during college and did a programme at LAMDA. I’ve always just loved it over here, and felt connected to life here.” At some point between school musicals and Seth Meyers, she befriended transatlantic comedy darling Lolly Adefope; at her urging, Cohen flew to London last November to do a set in Hackney. Her brief overseas debut was such a success that—despite her sudden late-night fame—her next step seemed obvious.

“Performing at the Fringe has been in the works for, like, a year, and I had no idea how things would shake out! But I’ve always thought, I want to do this! I’m going to do this! And now I’m terrified.”

It’s hard to imagine Cohen, with a supernaturally quick wit and cool-as-a-cucumber keyboard accompanist Henry Koperski, fearful, and she’s quick to rethink this statement: “I think it’ll just be a learning experience. It’s scary but truly I’m at a point where I’m just confident in what I do.”