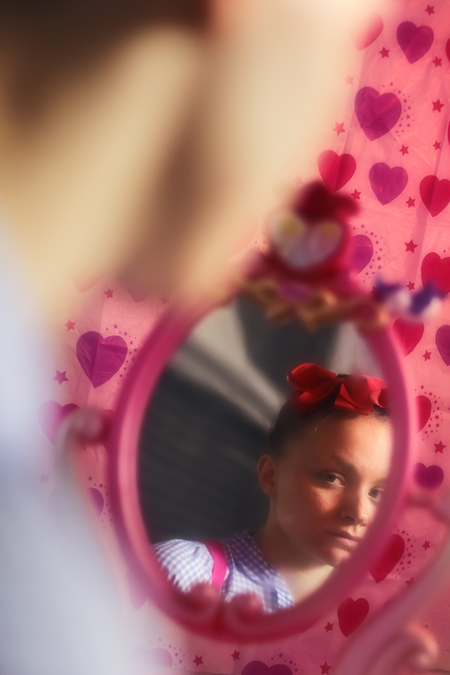 The effect of Baby Face, the new solo show from performance artist Katy Dye, is cumulative. A series of movement sequences and spoken word sections build from bizarre to comical to deeply disturbing, as she illustrates the layered contradictions that lie deep at the heart of female identity in Western society. Punching beats of static and pounding saccharine pop accompany Katy, age 26, as she embodies extremes of womanly ideal: infantilised to the point of wailing or confidently in command; doting motherhood or seductive loverhood. And then she turns them around on us.

Her other performing partner is a white highchair, imbued at times with all the innocence of its natural function, at others with ominous spiralling violence, hurled about like an animal caught in a trap. As one schoolgirl miniskirt is swapped for another, Katy executes Britney Spears dance moves with the wide-eyed seriousness that declares them an essential life skill. A teenager is neither a child nor an adult, but Baby Face exposes the vicious reality that all woman live caged by simultaneous expectations of maturity and youth.

Mild awkwardness is flipped into exciting tension. Ridiculousness is flipped into something sexual and back again, as Katy expertly performs a collision of differing societal expectations. She deploys an impressive awareness of vocal affect and, though some of the choreography is less accessible, the visual cues of pink baby clothes, squirted lotion and clouds of baby powder reinforce the overall conflict of this powerful show. No surprise that it won this year's Summerhall Autopsy Award for boundary-pushing performance.