Review: Goliath in the Water 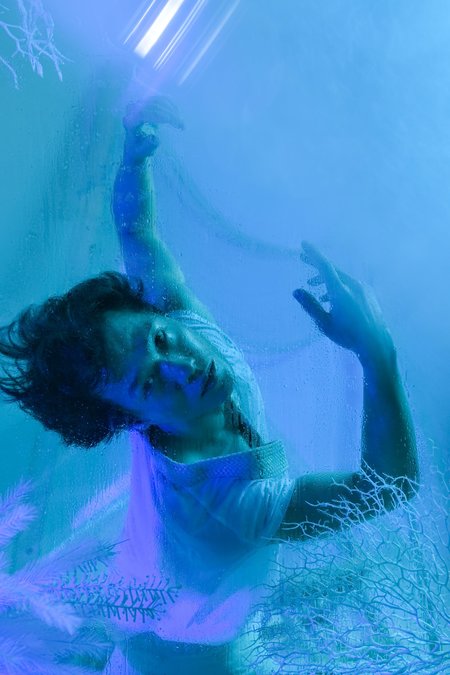 Goliath in the Water

Occasionally a show crops up—like this earnest, artistically soggy and far-too-vague piece of South Korean dance-theatre about supposedly poignant human insignificance in an environmentally-conscious context—where you can't help but feel sorry for the performers.

The trio in Modeun Company's production, two men and a woman, are certainly capable enough movers but they're trapped in a concept that does them no favours. Nor is the venue well-suited for choreography that sometimes requires cast members to roll about on the floor of the only slightly raised stage. It's alright if you happen to have grabbed a seat in the front row. I didn't, and thus missed almost all of a beleaguered female solo that occurs amid a slew of empty and identical plastic bottles.

Apparently inspired by a short novel, the performance is for most of its 50 minutes pretty unpliably heavy-handed. It doesn't start out that way, what with the competent dancers emerging separately and converging on stage. They shift about like smiling automatons to a recording of Nancy Sinatra's 'Sugartown' that eventually turns as warped as their theatrical world. Random bits of furniture dangle overhead as the players swiftly shuffle, or feign swimming through the space, sometimes in unison, or thrash while pretending to struggle for breath. Their mechanical twitchiness lacks the spark of originality, while the use of Bowie's 'Space Oddity' seems facile and purposeless. The rest of the soundtrack is reasonably evocative, but not this tediously floundering work as a whole. It is, alas, dead in the water.