Montreal dance company convey what it's like to be deaf 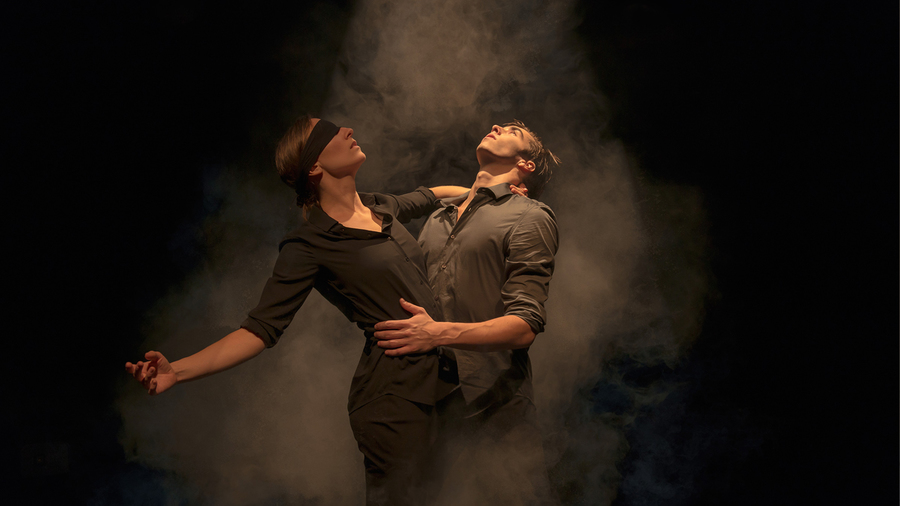 Taking its title from Beethoven’s dramatic Ninth Symphony which booms along in the background, this dance work from Montreal contemporary dance company Cas Public looks into the world of the unhearing, trying to convey the experience of being deaf. Like Beethoven, who began losing his hearing in his twenties, one of tonight’s dancers, Cai Glover, is profoundly deaf without his hearing aid. He lost his hearing after getting meningitis when he was eight. Choreographer Hélène Blackburn has used Glover as her inspiration for this frantic, impressive but sometimes deliberately baffling piece.

The production reverses things so that atypical and typical abilities are flipped. Suddenly the people in the audience who don’t know sign language are excluded, not getting the meaning of many movements, which blend hand gestures with beautiful, tightly synchronised sequences of whipping arms and windmill legs. Instead of dialogue, the dancers communicate with dramatic grunts or exhales, sometimes making animal sounds. It’s emotive or symbolic, not language based.

Clever tricks link pre-recorded footage of kids with cochlear implants on a big screen behind the dancers with the live action onstage. Remote-controlled cars, a domino rally of dollhouse furniture, blindfolded dance sequences and a ballerina in pointe shoes doing a speeded up hopscotch around moving props on the ground keep the pace fast. An intense sensory work designed for family audiences, it demystifies some aspects of being deaf, while being frustratingly hard to understand and downright strange at other bits – which seems to be the point.