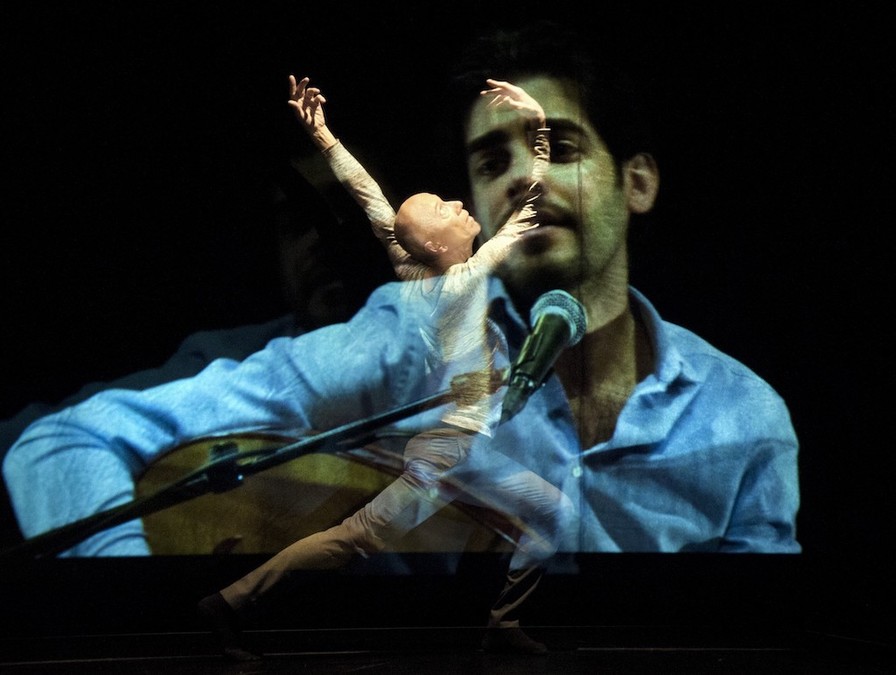 In order to better appreciate this modest 40-minute dance solo with music you need to know the back story. The veteran Finnish dance artist Alpo Aaltokoski was meant to create a collaborative performance with Ali Alawad, a virtuoso Iraqi oud lute player and singer, as a means of examining cultural similarities and differences. But the rejection of Alawad's asylum application put a spanner in the works. Rather than accept forced repatriation, Alawad fled Finland two weeks before the premiere. These events didn't stop the men's artistic aspirations. The result is, in effect, a subtle yet resonant act of political defiance.

Thin and wiry in casual clothes, Aaltokoski is a simultaneously silky yet twitchy mover. Initially he swirls his limbs and twists his torso, or sometimes jogs in place. A third of the small, bare stage is fronted by a scrim onto which looming video footage of Alawad is occasionally projected. His music is seductive and heartfelt. It alters how Aaltokoski dances, softening his innate angularity, slowing him down and transforming him into a more sensually undulant presence.

At one juncture Aaltokoski appears to mime hugging an instrument while, towards the close of the piece, he clutches his head and throws out his hands in a gesture of impatience, lamentation or disgust. Visually the performance is handsome: Alawad is sharply filmed, while Aaltokoski is bathed in low-key, lambent light.