A sweet show, but a baggy one 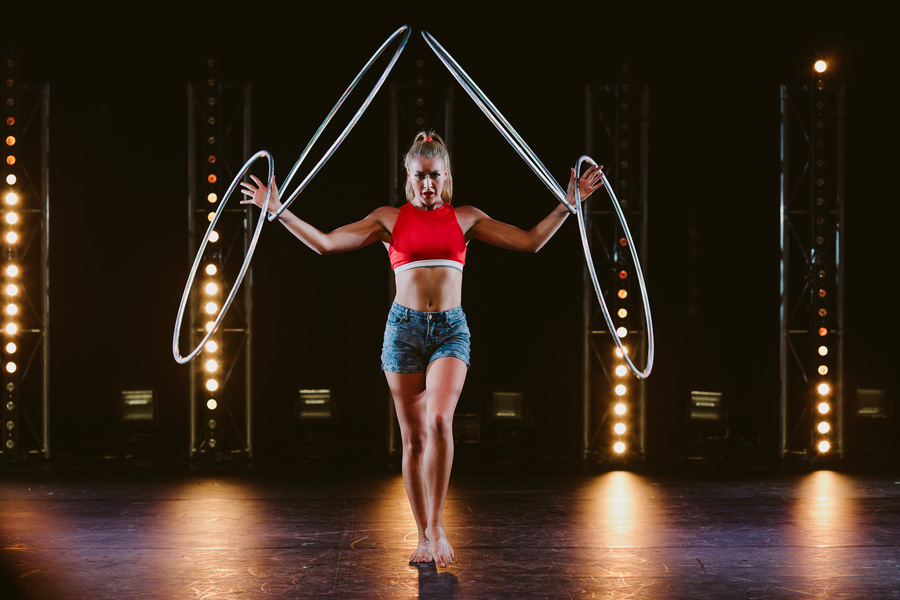 Featuring an all-star cast of circus performers from across the world, there’s a lot to like in this youthful, sexy piece about the trials and tribulations of growing up and finding love. In particular, it’s the mood this young team create, and the charismatic characterisations that sell it. Growing up is hard. We get everything far too wrong—we’re too shy, too anxious, not strong enough or, in a nice circus twist, too bendy—for anyone to love us. And yet, somehow, we muddle through.

As you might expect, it’s supported by a number of thrilling set pieces. Of note: Tom Ball’s beautiful expression of anxiety, precariously clinging to the static trapeze; Yammel Rodriguez on aerial strap, expressing the thrill of letting go emotionally; Allison Scheiler’s balletic contortions. Jess Mews fumbles a couple of times with the hula hoops, but is so charismatic as an angry young adult that she sells it all winningly.

But, it’s a bit baggy. Long expositional sections—a number of scenes involve only a mimed conversation, shrugged shoulders or smartphone check in, #YOLO—aim to tell the story beat-by-beat, but do so unclearly. And, besides, the story is general enough that there’s no need for this granular narration. The ‘80s theme is a bit of a red herring, too. My favourite tunes from the decade do not include St Vincent, Toni Braxton or LCD Soundsystem. And despite claiming to upset the conventions of circus, it feels a bit clumsy to see a (female) hula hooper straight after a (male) Cyr wheel act. There’s plenty of troupes in this year’s programme holding up circus’ gender traditions for examination. The cast could have fun with that. And could cut out at least 10 mins work for themselves here.