Contemporary ballet reinterpretation with a suitably spooky side 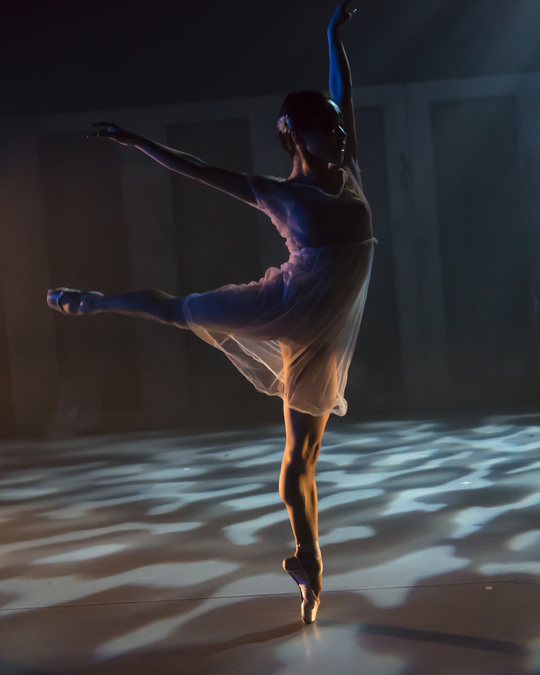 Former Royal Ballet dancer Ludovic Ondiviela has been choreographing a fusion of contemporary and classical movement vocabularies since his retirement from performing in 2014. In Giselle he takes a classic ballet tale of true love and adds his own contemporary twist, which is more successful in some aspects than others. Most significantly, a murder subplot leaves the leading dancers somewhat confusingly undefined between antagonist and protagonist, and the character we feel for most is disposed of with no pause for sentiment.

What's clearly left of the original is Adolphe Adam's music—supplemented at times with a pre-recorded voiceover—and an ensemble of sinister virgin spectre brides who drive the second act (the show diverges slightly from history with the welcome inclusion of male dancers). Choreography that evokes horror movie zombies and Japanese ghosts on speedy tottering pointe steps is the most impactful of the 100 minutes, and the intense performance from ghostly leader Céline Le Grelle is one of the highlights.

Class issues at the heart of the original are given a racial dimension in this production, with the privilege—as ever—being on the side of the young white guy. Ondiviela certainly has plenty of ideas, but too many of them are given stage room here without being properly fleshed out. Overall, the show provides a nicely designed but emotionally detached viewing experience. The dancing is accomplished but that's not enough to make this Giselle stand out from the crowd.