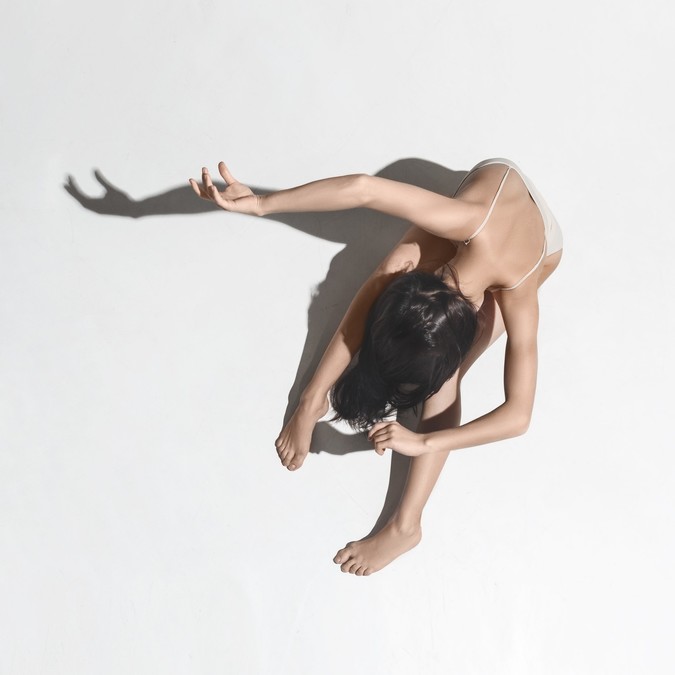 Strong ensemble dance can be hard to find on the Fringe. Scottish choreographer Kally Lloyd-Jones' Company Chordelia goes a long way towards filling the gap with this sextet, which is essentially about how to live with the knowledge of one's own mortality.

The set is clean, white and spare. The sole furnishings are one silver cube for each dancer to sit or balance upon, or move about. The cast is initially sedentary until the sound of the surf begins, at which point they surge with it downstage and back up in waves.

They appear to be about the same age, maybe 30-something at the most, and all are white. For these and other reasons I am at first unsure about how interesting they are – not so much as dancers, but as people. A sequence alluding to the banalties of modern life doesn't help, while another in which all were being perpetually anxious feels protracted.

But somewhere along the line I have a turning point, perhaps because the dancers themselves undergo something similar. Collaboratively devised by Lloyd-Jones with them, The Chosen is demanding. The cast works hard. What they do isn't necessarily conventionally virtuosic, but it is intense and tests stamina.

As characters they collapse and rise up again, or twitch uneasily until solace can be found. Their moves might be pedestrian or merely behavioural, but they've been crafted with rigour and intelligence. The result is abstract dance-drama primarily set to stirring classical music, grounded in the fundamentals of daily existence and with implications that are potentially profound.