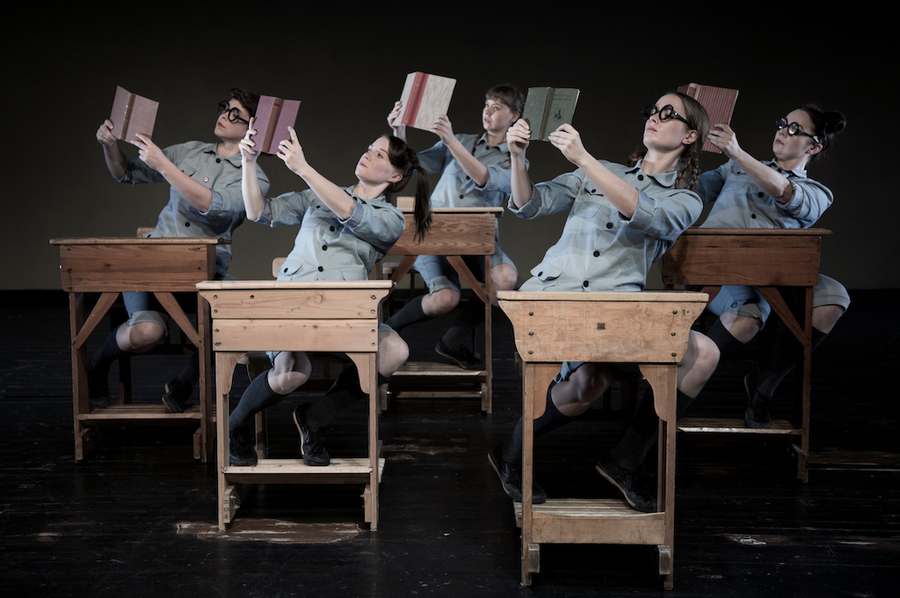 As beautiful as it is haunting, Reetta Honkakoski’s The Desk shines a light on the shady and unknown world of life in a cult. Part of the From Start To Finnish programme, it is an honest and brutal portrayal of five female cult members, consumed by the power struggles, backstabbing, military-like discipline and hierarchical control of such a life. The end result is a performance that is a unique approach to a sinister subject matter.

The absence of words is both the strength and biggest obstacle for The Desk, one that it quickly overcomes. Honkakoski takes her real life experiences and produces something that leaves a lasting impression. The stage is laid bare for the performers and their desks, each containing only one book. In being promised with praise they compete in an endless array of tasks: a hypnotic and choreographic set of routines. The use of space and movement is remarkable. As well as directing, Honkakoski plays the 'leader' of the unnamed cult. Both mocked and feared in equal measure, she is never positioned as one thing – the complex relationships are hard to decode.

Scored with precision, the brooding and menacing soundscape highlights the strength of performance. It is not an easy task to tell an emotional story through muted physical theatre. The Desk is a triumph for movement-based theatre, not only does it tell a fascinating story but it grips its audience for an hour without a single word said. It is able to convey complex themes with nothing but five desks, six performers and a powerful story.