Artists in the Age of Trump

Tim Bano finds out what it means to be an artist in America under Trump. Is art enough when "the country is basically at war"? 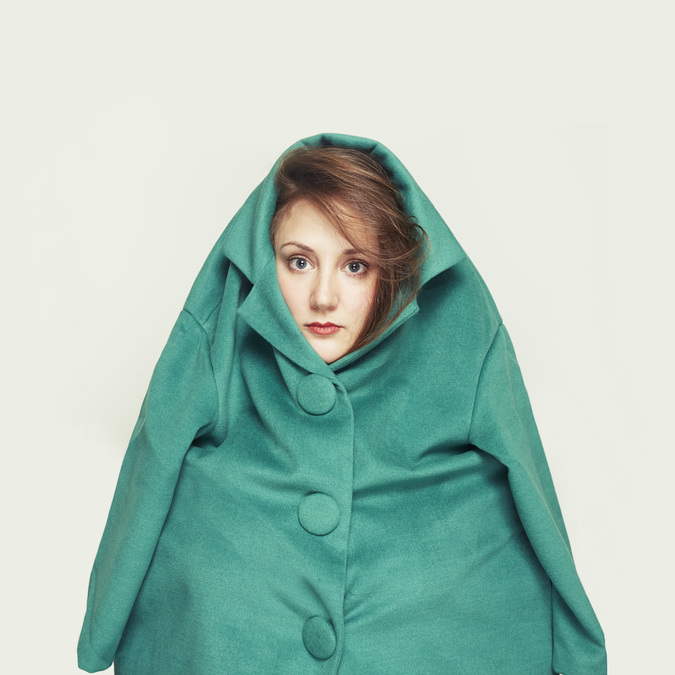 America is a strange place to be an artist at the moment. Politics is writing its own narrative more ridiculously and bizarrely than comedians or playwrights ever could. As Donald Trump’s dominance has grown, American artists are having to figure out the place for the arts in a divided nation; their ability to punch up when there’s so much pressure pushing downwards; and whether there’s any point at all when so much is at stake. In comedian Judah Friedlander’s terms: "The country is basically at war. It’s a fight for democracy."

In a way, Friedlander invented Trump before Trump invented himself. He used to perform as the World Champion, a red and white hat-wearing egotist obsessively insisting on his and his country’s pre-eminence. These days, that persona has taken a backseat. It’s just not that funny anymore.

There’s a similar line of thought among other artists, too. For comedian Jacqueline Novak even mentioning Trump is beneath her. "I’ve had lines that reference him but then you think he’s not a worthy reference."

Russell Hicks suggests there’s almost an obligation for American comedians to talk about the president. "As an American based in London I’m always seen as a delegate from the United States." Even though anti-Trump material plays well in the UK, Hicks insists there’s a responsibility to come up with a more intelligent perspective than "just calling him ugly".

While none of them thinks there are off-limits topics for jokes, many comedians are choosing to respond to the farce of Trumpian politics with straight faces, through action and online activism. Novak has been "helplessly retweeting" information about child refugees separated from their parents.

Friedlander too. Although, he warns, activism and egotism can become dangerously linked in a society that worships celebrity. "I’ve seen celebrities at marches, smiling after they’ve given a little speech. What the fuck are you smiling for? This is serious shit. You’ve got to get narcissism out of activism. America is incredibly narcissistic. That’s why Trump is president."

The trouble is, the conviction runs deep. Exceptionalism, the idea that one nation is inherently superior, naturally leads to bigotry. And those principles helped found and then sustain the country, according to theatremakers Jennifer Kidwell and Scott Sheppard, whose shocking show The Underground Railroad Game looks at the legacy of racism in America.

"It goes back to the way that the idea of the godhead imposed itself," Kidwell argues. "You had a bunch of people who put themselves on top of pre-existing societies and convinced the people that’s okay, encouraged them to enact atrocities upon atrocities in the name of—what?—something that actually doesn't exist? That’s some legacy."

Their show is based on something Sheppard’s teachers made him play at school. Students were split into Southern Confederates and Northern Unionists, with students in the North attempting to sneak black ragdolls, made to look like enslaved people, past the Confederate students to freedom.

One of the many, many problems with that game, says Kidwell, is that, "by locating all of that trauma in the past, you allow yourself to be off the hook for the traumas that persist today, the othering of the black body today."

In Man Down, radical Latinx playwright Hannah Trujillo lays bear the the persistence of racism in the US. Her play is a response to police brutality, especially against people of colour. She started writing the play in 2015, and since then it has been revised as more people have been killed.

Trujillo thinks that Trump has legitimised the voices of white nationalists who’ve always been there. "Look at Charlottesville, the Black Lives Matter protest was interrupted, a woman was killed. His response was that there ‘are good people on both sides’. That comment has set the bar for where this President stands on people of colour in this country."

Kidwell and Sheppard also began creating their show under Obama, and they wonder whether some people who had been fighting for equality saw his election as a chance to congratulate themselves. "When I travel to other places there's a completion of story arc about race in America," Kidwell says, "but there are still people getting murdered."

"It’s been intensified by an administration that has consistently shown its hatred of people of colour, immigrants, refugees," Trujillo adds. "People from Central and South America can no longer seek asylum. There was the Muslim ban. There are the Haitian immigrants granted citizenship after the earthquake who are to be deported."

But maybe, out of the horror can come a positive: "Because this is so blatantly atrocious and because it is gathering so many different atrocities," Kidwell says, "the effect is to collectivise folks who haven't been fighting together. If we can look at an iconic figure and feel safe, then we feel less apt to move. This is something to fight against."

That’s the impulse behind Novak’s show How Embarrassing For Her, an exploration of shame. She had always felt that, as a female comedian in a male-dominated profession, there was a pressure to self-edit, particularly when it came to jokes about her body. Notions of shame trickle down from the top – especially when a president criticises a woman for having "blood coming out of her wherever". Now she feels it’s hugely important to kick back.

Still, Novak is not convinced that comedy is the answer. "We need to be marching," she insists. "It could be that in a matter of weeks people will ask, ‘How was she even talking about her act when the country was burning?'"

But take Trujillo, a young woman of colour at the beginning of her career. For her, art is action. "It’s very daunting to be an artist of colour in this country at the moment, but we have to keep making work that reflects who we are, and reflects those who have worked so hard to get people of colour, of different sexualities into the spotlight."

In other words, for some artists making work in Trump’s America, art has never been more necessary. Particularly work that attempts to undo, or at least expose, the knots of injustice that have been forming and tightening in the 250 years since the Bill of Rights guaranteed the ingredients that allowed art to be made in the first place: "Freedom of speech, the right of the people peaceably to assemble, and to petition the Government for a redress of grievances."