Review: Below The Blanket

An evening in the Botanic Garden reflecting on ecological disaster 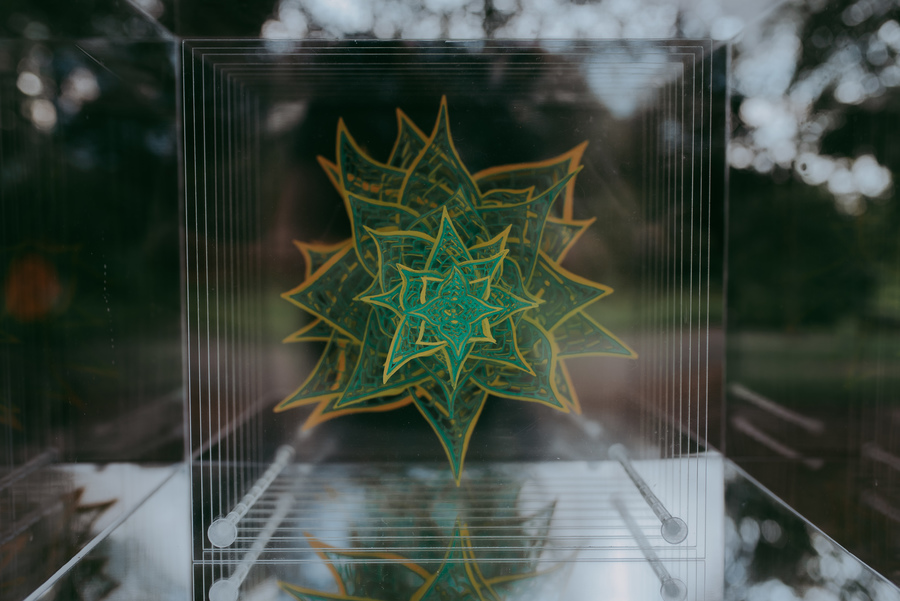 Bogs. Though not the most traditionally attractive of destinations, peatland in Britain holds more than three times the carbon that all woodland does. And, in this collaboration between Glasgow's Cryptic, and conservation group The Peatland Partnership, based on a series of residences in the north of Scotland, they're shown as having a certain beauty – certainly one worth protecting.

Below The Blanket comprises roughly an hour's stroll round the wonderful Botanics in the evening. Already it's a relaxing change of pace as you're transported somewhere completely different in the festival buzz. But happening upon a collection of artworks—sculptures, sound installations, images and video—certainly adds to the experience.

Some are pleasant rather than forging real emotional connection. But Kathy Hinde's 'Water Balance'—a series of muslcal fountains—really clicks, holding a lovely tension between still silence and now one, now a cluster of tings and splashes. Her mechanised paper bellows, hung in a paperbark maple, breathing cheeps and tweets into reclaimed accordian reeds is fun and evocative – though perhaps not so in relation to the names of birds they apparently beat out in Morse code.

Matthew Olden's 96-speaker installation is a real show-stopper. Building music out of real data relating to changes in the height of the bog, this ebbs and pulses overhead. An action over on the left sweeps round provoking a reaction on the left. There's a real sense of interconnectedness – like an organism. Heather Lander's sculptures, too, speak to the fragility of the wetland ecosystem, bulding works of real substance out of thin, perspex reality.

Luci Holland's 'Hold' and 'Release' can't quite compete with the sound of the traffic on Inverleith Place. But though unintentional, it's a reminder of the ecological disaster we're inflicting on a beautiful landscape. Job: done.