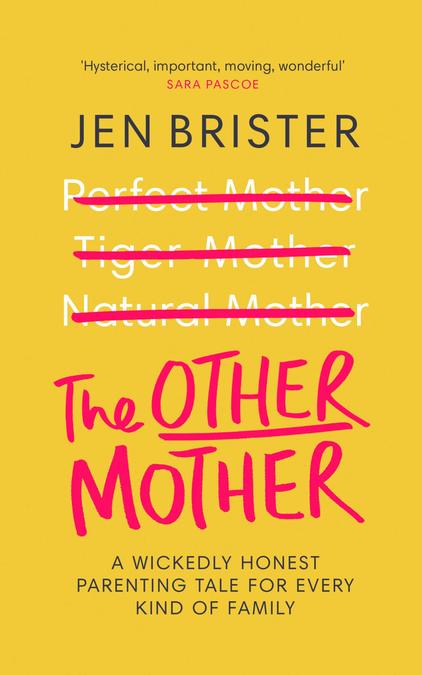 Who: Sorry to disappoint, but no appearance from Dickens this year. But, the next best thing, perhaps, is the appearance of Eddie Izzard at the Book festival, reading from and talking about Pip's larks. Bonus points for anyone who gets their first edition Dickens signed by Izzard. You get two chances, as he's also doing a run at the Fringe.

So I Called Myself Pip, Charlotte Square Gardens, 10 Aug, 5:45pm

Happy Fat: Taking Up Space in a World That Wants to Shrink You by Sofie Hagen

Who: The Danish comic and 2015 Best Newcomer is now a published author, gracing the Books Festival to talk about her memoir, Happy Fat. She's also back with a new show, The Bumswing, and if you don't catch those you can listen to her hit podcasts Made of Human and Secret Dinosaur Cult.

The Other Mother by Jen Brister

Who: Standup, writer, radio presenter, podcaster...and now author Jen Brister has been touring last year's justifiably sellout show, Meaningless, all year. Quite where she's found time to write a guide to parenting from a non hetero-normal perspective is anyone's guess. Brister is the titular 'other', i.e. non-biological mother to twins.

The Holy Vible: The Book The Bible Could Have Been by Elis James and John Robins

Who: Are you on email? You simply have to be these days. Nope? Then you probably haven't been initiated into the world of Robins and James, whose podcast on XFM, and now BBC Radio 6 Music has amassed them quite a cult following. Robins just happens to be a previous Edinburgh Comedy award winner, while James is one of Wales' best known (and bilingual) comics. He's busy being a new dad this August, but Robins is back. Vibe on.

Diary of a Drag Queen by Crystal Rasmussen

Who: You might know them better as part of Denim, the drag queens who have glammed their way to success at the Fringe over the past few years. Denim aren't here this year, but Rasmussen more than fills the gap with tales of life in song, dance and, apparently, a children's swimming pool. Her Nobel-nominated memoir sits on shelves alongside a new book, Unicorn, from her co-queen in Denim, Glamrou, also known as Amrou Al-Kadhi.

Who: Bestselling author, Rose McGowan. Also, actor, activist, model – she's the one who got killed by the garage door in Scream. Her memoir, Brave, gives an account of her assault by disgraced film producer Harvey Weinstein, and the aftermath. Her Fringe debut, Planet 9, moves forward positively and creatively from this horror, and is about creating new possibilities via a journey to a new planet.

Who: Who else but the poet, novelist, Scottish Makar and all-round wonder Jackie Kay. Her Memoir, Red Dust Road, has been adapted for stage by Tanika Gupta and premieres at the Edinburgh International Festival. It's about growing up in Glasgow to adopted parents and embarking on a 20-year search, all the way to Nigeria, for her real parents. It's directed by Dawn Walton, who also directed Fringe smash-hit Salt, by Selina Thompson.