So many lessons are buried in the books we read. Nine year old Sophie learns about life and death through the treacherous tale of Beowulf in this engaging and educational hour 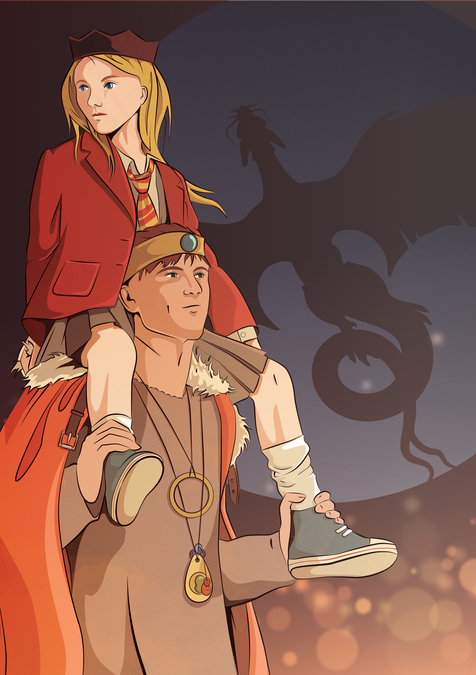 Most children learn about death through the passing of a pet. Sophie learns from Old English poetry. As her mother fights cancer, the pages of Beowulf open up and take the brave nine year old on a treacherous journey across a wild sea.

Written and directed by Toby Hulse, the ensemble of eight make good use of the too-small stage. With brawling songs and vicious battles, they underscore the Anglo-Saxon storytelling with the patter of drums. At first the language is tricky for children (and it remains so for the very young), but when Beowulf buddies up with Sophie, they're gripped. Sophie makes the translation fun – that is until she finds out Beowulf can speak modern English, and they begin to switch between the two.

Sophie's mum, an academic, tries to explain her illness through the stories she teaches, and her daughter eagerly grabs onto the metaphors. Sophie sees Beowulf attack and kill monsters (with a snake puppeteered particularly creatively by the ensemble, hunks of wood lurching) and wants to do the same for the cancer cells killing her mum.

The notes of death and longing may touch parents in the audience more than their children, but Beowulf creates a springboard for conversation, and suggests there’s a way for parents to talk to their kids about death without scaring them. What sings most loudly, thrumming and beating through the whole show, is the joy and life—even in death—that can be reached through stories.