Kids Review: The Wizard of Oz

Honor Hastings, age seven, gets high fived by a scarecrow in this adaptation of Dorothy's adventure 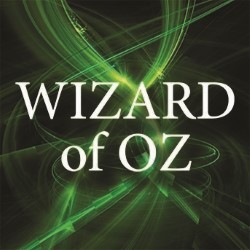 The Wizard of Oz

Dorothy gets lost in a strange land after a storm. A good witch tells her she needs to go to the Emerald City to see a wizard called Oz so she can get home. She meets some friends on the way.

The Good Witch, because I liked her dress and she was really kind.

That Dorothy was able to find so many friends to go with her. I also liked that the scarecrow gave me a high five when he got his brain.

I liked it all.

What did you think of the songs and music?

They were brilliant. I loved the dancing they did to the songs too.

My mum said it was nice how they made the story more current by making it about sustainability and being green, but I didn’t really notice that part of the story. She enjoyed the songs and thought they had good lyrics.

Yes. My friends have probably seen the film, but in real life it is even better.