From a drag retelling of The Ugly Duckling to Kafka for kids, Tim Bano talks to Fringe stalwarts who are taking children's work to Edinburgh for the first time. 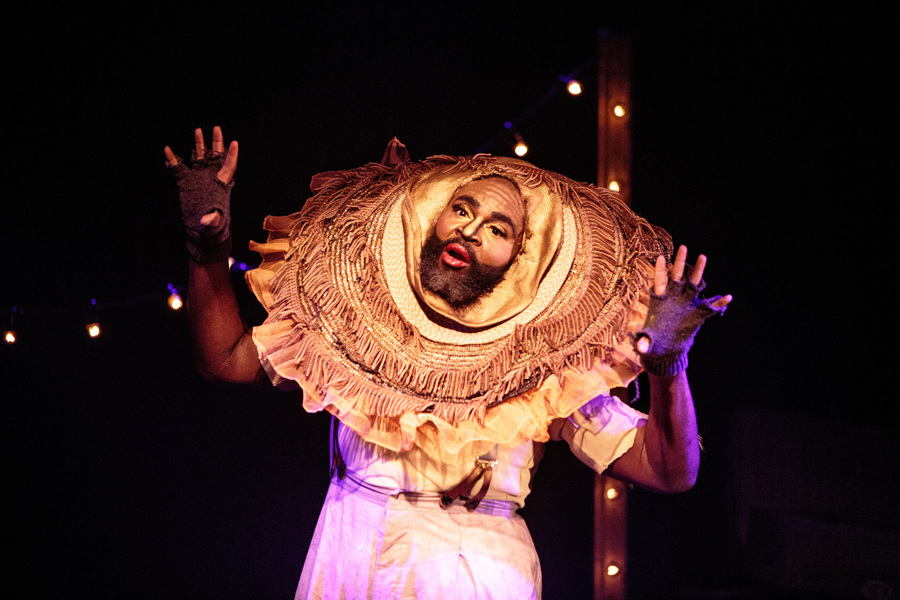 Two seconds into a performance of Duckie, cabaret superstar Le Gateau Chocolat’s drag twist on The Ugly Duckling and his first show for younger audiences, a child said loudly, "Mum, why is it so bad?"

"I hadn’t even done anything!" Gateau laughs. "I thought ‘Oh my God, this is only the start of the show'. But the great thing about performing for kids is that they remind you about the art of truthful storytelling. If you bullshit them they let you know."

Gateau is one of several Fringe regulars taking children’s work to the Fringe for the first time, and his feeling is echoed by others. World renowned Australian circus company Circa have been fixtures of the Fringe for several years, but never with a family show.

This year they’re performing Wolfgang, a comedy circus piece in which Mozart gets spat out of a record player and stages a chaotic concert. Like Gateau, artistic director Yaron Lifschitz has learned that kids need to be captivated from the get-go.

"If we were sitting at Bayreuth watching Wagner, we would feel some cultural duty to at least pretend we were enjoying ourselves. And then we’d get to a point where the natural quality of the work would begin to speak to us, and by the end we’d be incredibly moved and transformed."

But young audiences don’t begin with that cultural expectation, Lifschitz says. "They’re thinking ‘I don’t know what I’m doing here, it’s not important to me, I just want to go and kick a football around’. We have to hold them authentically with what we’re doing. If it captures their imagination, they will have an extraordinary time. If we start to think ‘this is Mozart, this is very important, they’ll sit through it’...well, they won’t."

Tom Parry has built a reputation as one of sketch trio Pappy’s but a stage play for children is a new experience. And it’s a strange proposition: Kafka for Kids. Although Parry can’t rely on the Pappy’s brand to attract younger audiences, he isn’t worried. "Edinburgh is the perfect place. You’ve got a lot of open-minded adults, everyone who goes there wants to experience new things."

Lifschitz is less sure. "I hope they’re there. There must be children. And I hope that some of them have parents that will bring them to the theatre. The children aren’t going to be the decision makers. So our conversation is both with parents and children."

For Amrou Al-Kadhi, their show came about when children turned up unexpectedly. They are one of the members of Denim, a "deluded drag pop girl band convinced they’re globally famous". A breakout success of last year’s Fringe, this year they’re taking Denim Juniors, a storytelling show for kids with plenty of singalong pop songs.

"We did a show a few years ago where we were billed much earlier than we thought," Al-Kadhi explains, "and there were 150 toddlers in the audience. Obviously we were nervous, and we had to cut out the profanities, but they really responded to it. They didn’t think about what was transgressive, they just loved the characters."

The origins of Le Gateau Chocolat’s show are similar: a performance where he came out on stage to rows of children. He adapted his show on the hoof, adding in lots of songs that they could sing along to.

When he started writing Duckie he thought it might go down a similar route, but that changed when he spoke to his niece. He and his sister grew up in Nigeria, and she moved back recently with her daughter who had a hard time settling into school. "It’s just the curiosity of kids. It wasn’t bullying, it was more like, ‘why is your hair different, why is your nose different?’. So I wanted my nieces to see themselves represented on stage, to turn entertainment into possibility for them, and then they can turn that possibility into ambition."

For Gateau, the idea of engaging with darker, more difficult aspects of growing up is not just a choice. It’s a responsibility. So the show deals with bullying, homophobia, body positivity. He was drawn to the Ugly Duckling story because he found it difficult. "Just because you’ve been through some level of hardship doesn’t mean you magically become a swan. That transformation has got to be a metaphorical one. You make it happen by putting in a lot of work. If you’re born ugly or you’re born different, that is fine too. Being a duck is enough."

Al-Kadhi agrees, which is why Denim engage with what it means to be queer and non-binary. "We want to show how fun it can be to be queer and different, how celebrated we are, to show people who are completely in charge of their flaws. Because actually kids are very open-minded."

But they’ve realised that making children’s work needs a lot more time than they're used to. Wolfgang had three months of rehearsal, "an outrageous amount of time for a show with only three people", Lifschitz says. "Normally we do one preview. This one we’ve had to invite a bunch of children in three or four times." And Al-Kadhi is inviting all their friends with kids to get feedback before heading to Edinburgh.

"Children consume a lot," Gateau says. "Duckie is only a 40-minute show but by the end I’m completely drenched in sweat. And emotionally I’m drained because the kids just eat it up."

But the effort has been worth it. For Lifschitz, "my favourite experience is looking down a line of young faces and they’re beaming at the skill, the imagination, and seeing their own experiences reflected in the world."

"We know what we want them to feel when they come out," Gateau adds, "which is uplifted. Less anxious about their differences. Hopeful."